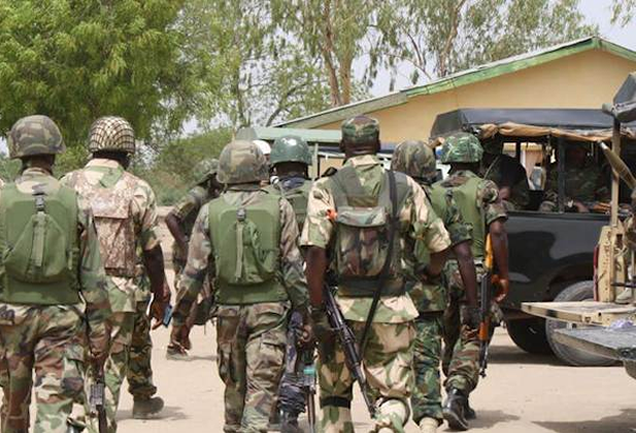 Residents in the outskirts of Maiduguri on Sunday witnessed some skirmishes following indiscriminate shooting by some soldiers.

The situation forced many women, children and elderly people in Damboa road and Polo general area to scamper for safety.

Residents said that they started hearing gunshots at about 3 p.m., though unsure if soldiers were test-firing equipment.

Haruna Kachala, a Civilian Joint Task Force said that the gunshots came from the soldiers stationed at the state hotel along Damboa road bye pass while on their way to relieve their colleagues at Molai general area.

Kachala said “Initially, we thought the military were test firing their equipment, but when the other troops at Molai general responded to the fire, residents ran helter-skelter.

Bukar Mala, a resident in Damboa road said they fled for safety when they heard continuous shootings from the two different locations.

NAN report that a combined team of hunters, civilian Joint Task Force and the Federal Special Anti Robbery Squad, led by Gov. Babagana Umara, quickly moved to the scene to assess the situation.

Gov. Umara told newsmen that there was no course for alarm, stressing that his government would ensure that peace and security returned to all parts of the state.

“We are yet to ascertain what exactly happened, but it was not Boko Haram attack as earlier speculated.

We shall equip and strengthen the security agencies to improve on emergency response, to address issues like this,” he said.

He advised residents in the state to shun rumour mongering that could cause unnecessary fear.

Lagos Kicks Off Jobs Initiative, To Empower One Million Youths