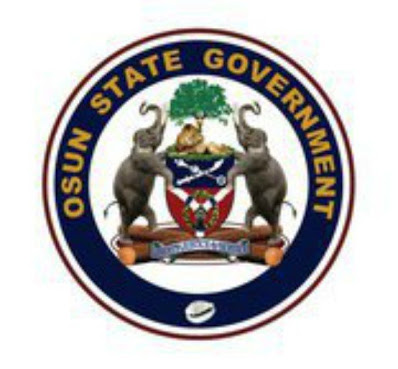 A special thanksgiving service organised by the  government state of Osun to mark the Supreme Court Judgement of Friday 5th of July 2019 which affirmed Mr Gboyega Oyetola  as the duely elected Governor was held on Sunday at Holy Cross Catholic Church Ikire, the countryhome of the Deputy Governor, Mr. Gboyega Alabi.

The thanksgiving service had in attendance the Governor, Mr Gboyega Oyetola who was represented by his deputy Mr. Benedict Olugboyega Alabi as well as speaker of the state house of Assembly Rt. Hon. Timothy Owoeye who led many state lawmakers and some other former members of the National and state  Assemblies to the special Thanksgiving service.

The high profile personalities in the state that attended the service included the Secretary to the State government Prince Wole Oyebamiji as well as local government council chairmen, party leaders, government officials and numerous party faithfuls. 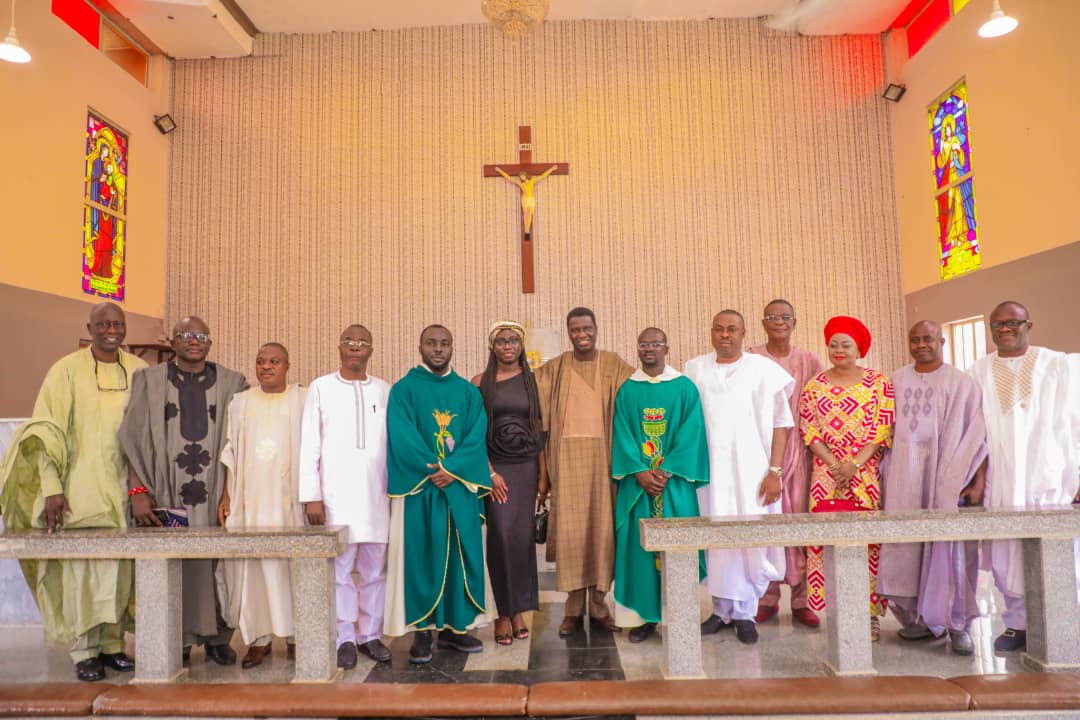 Governor Gboyega Oyetola who spoke through his deputy while addressing the congregation described the Supreme Court victory of Friday 5th July as a manifestation of a special project started and completed by God.

According to him, ” Our God is  a God of completion. The Supreme Court  victory affirmed the mandate freely given to us by the good people of Osun through their votes in the Osun governorship election of 22 and 27 of November, 2018.

“Governor Gboyega Oyetola has the love of people at heart and his core objective is to make a meaningful and positive impact in the lives of the people of Osun, be rest assured that better days are ahead of  both workers and the entire people of Osun. 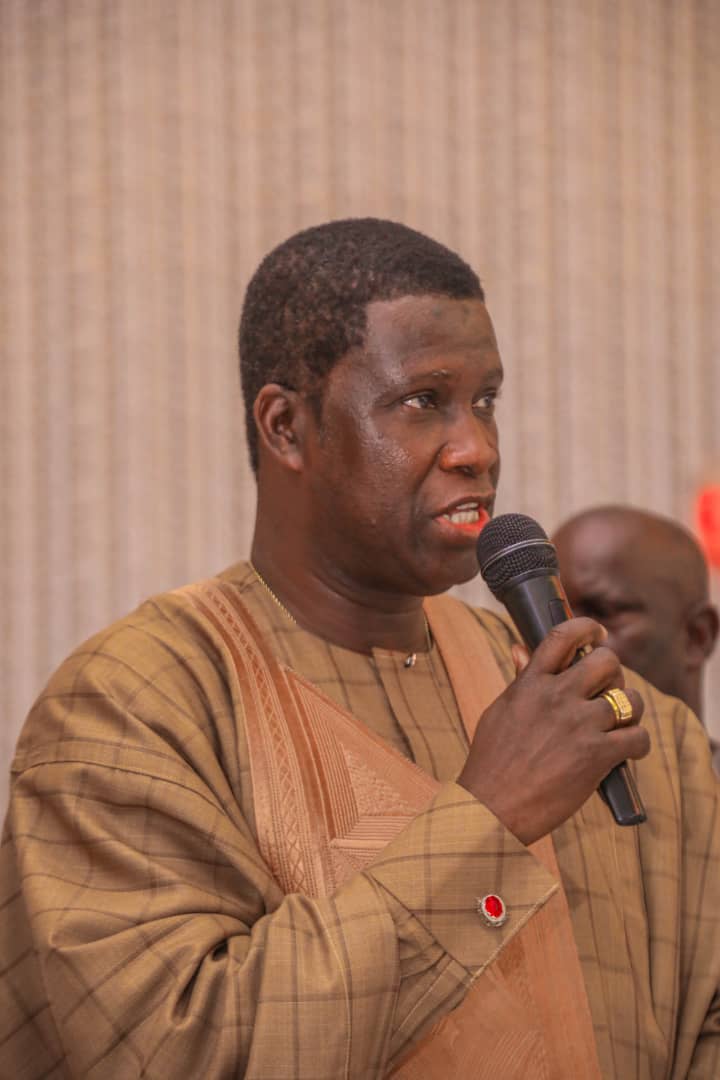 “The Supreme Court verdict which has laid to rest all the legal litigations over the election victory of Governor Gboyega Oyetola will now propel him into action.  He will work harder for the progress and well-being of the people”, Mr Alabi assured.

He explained further” I have always put my trust in God and I have never doubted the power of God which finally manifested”.

He said what is required now is for the people to continue to give more support for the Oyetola’s administration and to contribute their own quota with regularly payment of taxes and to be more productive in what each and everyone does. 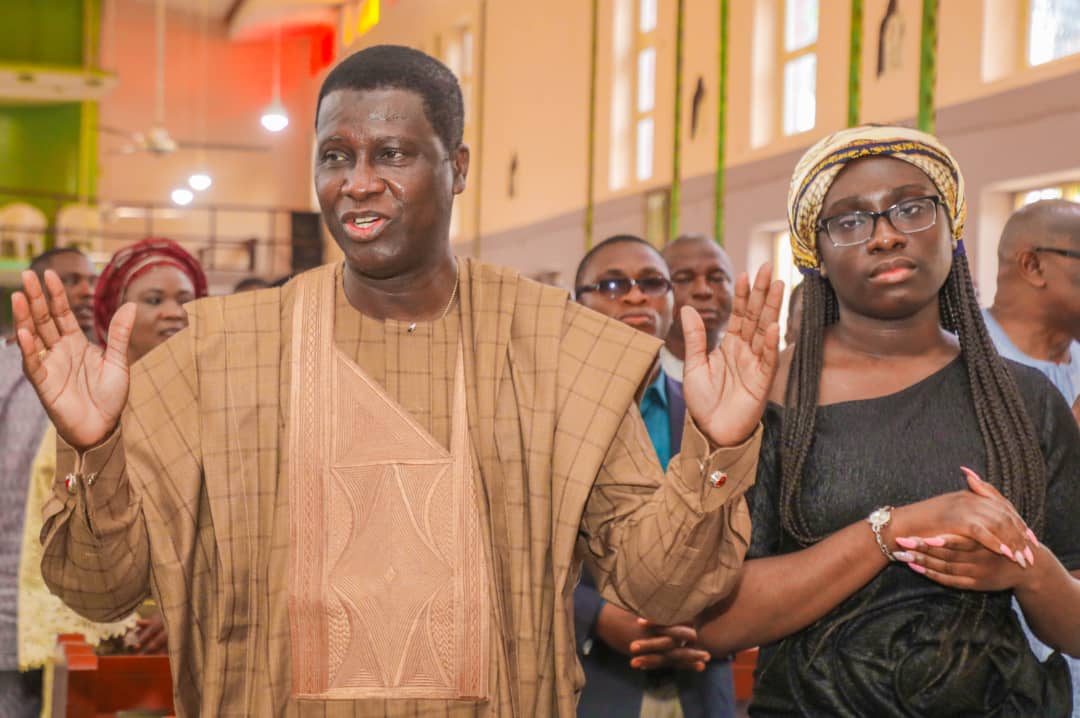 Governor Oyetola whose joy knew no bounds while addressing the congregation said it is the will of God that came to pass in his life saying this shows that his administration is  God’s project.

He stressed the need for all and sundary to embrace agriculture to ensure food security and for economic survival.

He said this would guarantee  self dependence and economic sustainability for the people of Osun.

Earlier in his sermon, the parish priest of Holy Cross Catholic Church Ikire, Reverend Father Jerome Ajakaye said manifestation of  promise of God shall always come to pass in the life of whoever that have trust and faith in God.

Quoting from the book of Judges chapter 3 and verse 5, the clergyman encouraged people to continue to put their trust in God saying nothing is impossible for him to do.

Reverend Father Ajakaye congratulated Governor Gboyega Oyetola for the Supreme Court victory and enjoined him not to disappoint the people of Osun but to work harder and fulfill his electioneering campaign promises.

He also called on Christians to always stand by the truth and be a true apostle of Christ through their behavior and character.