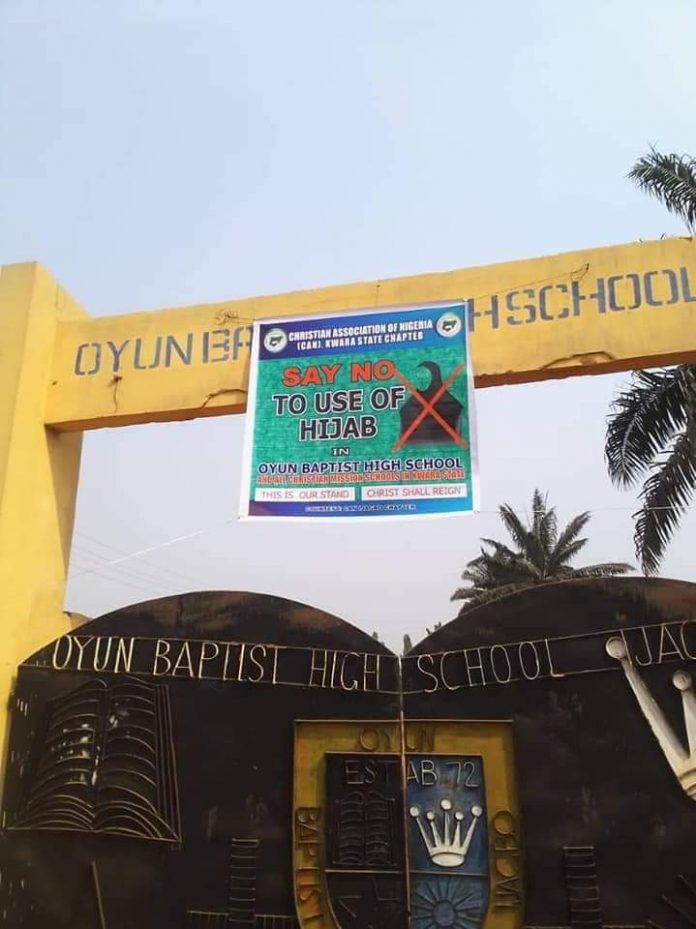 Following obstruction of some students of Oyun Baptist High School of Ijabo in Oyun local Government of Kwara state to put on Hijab, students of the said school had protested today. 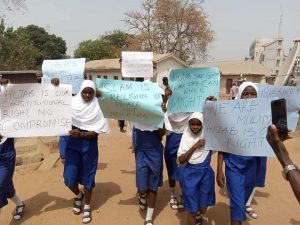 Recalled that the Kwara State Government had gazetted the Judgment of the High court of Kwara State affirmed by the court of appeal.

Tropic Reporters gathered, Efforts towards enforcement of the Judgement of the Court of Appeal to allow Bello Aishat, SS3 Art Class, Lawal Hawau SS1 Art Class, Abdulfattah Halimah SS1 Art Class, Abdulfatah Habeebah JSS1 C, Abdulmajeed Mutmahinah and Abdulmajeed Maryam all of Oyun Baptist School have been on different occassions sent out of the school by the School principal having being willing Muslims who wish to put on Hijab were all to no avail which prompted a protest at the school entrance today.

The protest had started before Hoodlums unleash terror on this peaceful protesters in which scores sustain injuries and Mr. Habeeb Mustafah one of the parents at the scene met with his sudden death.

Explaining how the whole violence erupted, Ustadh Shuaib Imran Ayinde who was also a parent explained that the protest was going peacefully before some Hoodlums came.

“we have resorted to protest after consultation and agitation for the implementation of court order was impossible, we have heard meeting with the Commissioner of Education Kwara State and the ANCOPS and no positive result” he said.

“The Hoodlums who were hired by the School authority came to disperse our peaceful protest and it was in the process that a parent was shot dead” he added. 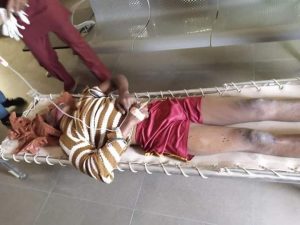 ZAMSUT: A University Existing Without both Academic and Non-academic Staff

ZAMSUT: A University Existing Without both Academic and Non-academic Staff