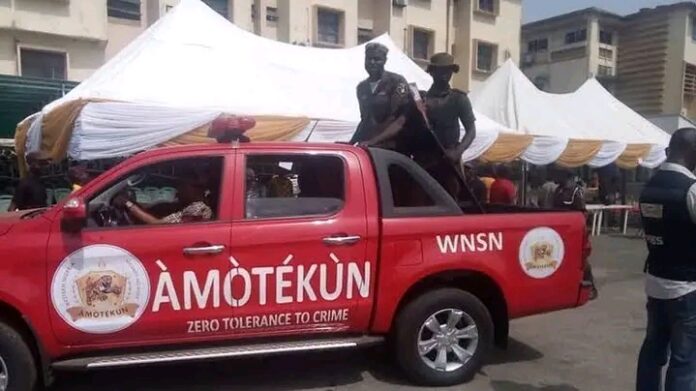 Ondo State Commander of Amotekun Corps, Akogun Adetunji Adeleye has admonished criminal minded persons taking refuge in the state to flee or be caught, warning that there is zero tolerance for crime in the state.

This is just as he described bribery and betrayal as the highest and unpardonable crime in the Corps.

Adeleye made this known in Owo, while on a security awareness campaign with the newly recruited officers of the corps, which took them round the streets of Owo Local Government.

According to him, the exercise has multidimensional advantages which ranges from keeping fit and creating awareness.

He Admonished the Corps, to always be at alert in the defence of their people and their fatherland from all forms of both internal and external attacks.

While describing the job as a very demanding one, he assured them, that the history of the Yoruba will not be complete without the mention of their names for their gallantry efforts aimed at securing lives.

The Commander however assured that the new sets are being trained to meet the present realities of the security challenges in Owo community and in the state and that is why they are tagged ‘special squad’.