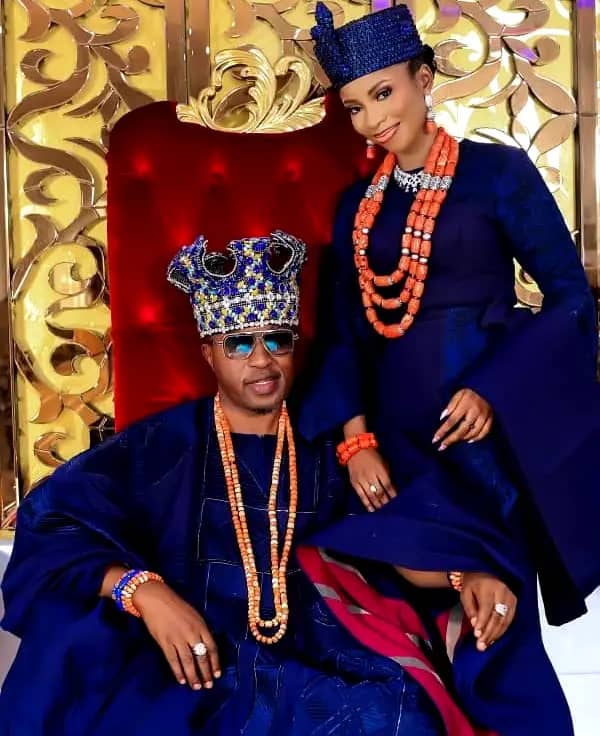 The love shown between the Oluwo of Iwo, Oba Abdulrosheed Adewale Akanbi and his wife Firdaus has taken a new dimension as the monarch professed his unwavering love for the Kano-born queen.

The monarch, in a short message, said his love for Firdaus necessitated crowning her as a queen, in line with the teaching of Oduduwa.

The message tagged, “Every Queen Deserves A Crown!

“My Great Progenitor ODUDUWA taught me to love my Queen by Crowning her and that’s why Olokun the wife of ODUDUWA was Crowned!

“King Telu loves Queen Firdauz and he crowned her !!!