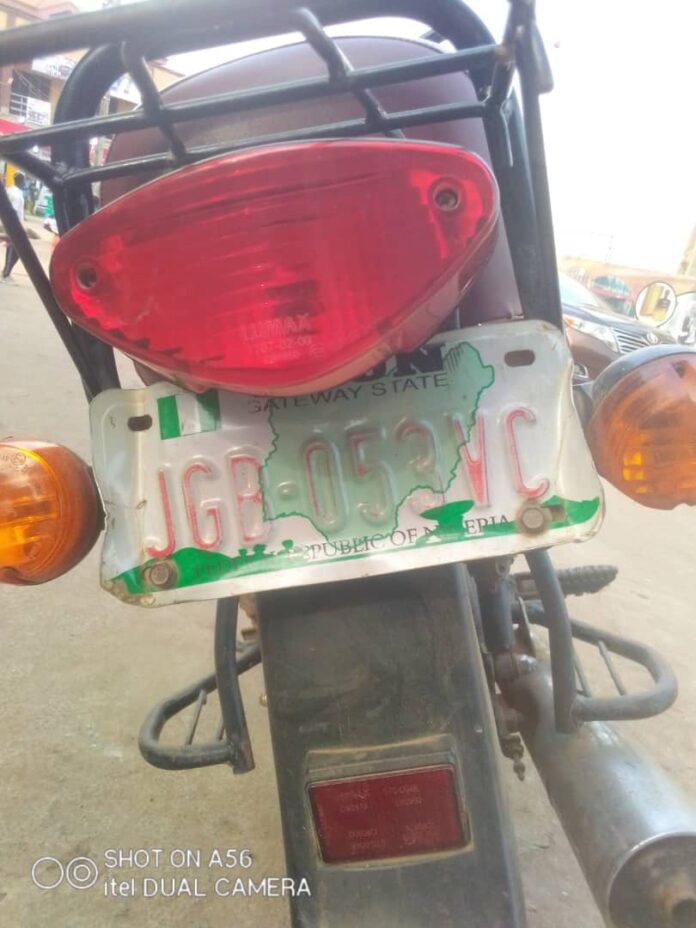 According to a press release issued from the Office of the State Commander of So-Safe Corps, Commander (Dr) Soji Ganzallo through the office of the Director of Information and Public Relations of the agency, Assistant Commander Moruf Yusuf stated that the Isheri /Akute /Ajuwon Area Command Officers of the Corps headed by ACC Ige Olurotimi while on routine patrol at Alagbole, Ajuwon in Ifo Local Government Area saw some men pushing a Red Boxer Bajaj Motocycle with registration number JGB 053 VC and were stopped at about 0300hrs on Friday, 2nd December, 2022.

Ganzallo said that seeing the men of the So-Safe coming down of their motorcycle, they took to their heels and left the motorbike suspected to have be stolen behind.

Ganzallo revealed that all effort to get them apprehended proved abortive but men of the corps have been charged to ensure thier speedy apprehension.

Meanwhile, the recovered motorcycle has been transferred to the custody of the Nigeria Police – Ajuwon Divisional Headquarter for further investigation and onward handing over of the motorbike to the owner in case he/she shows up.