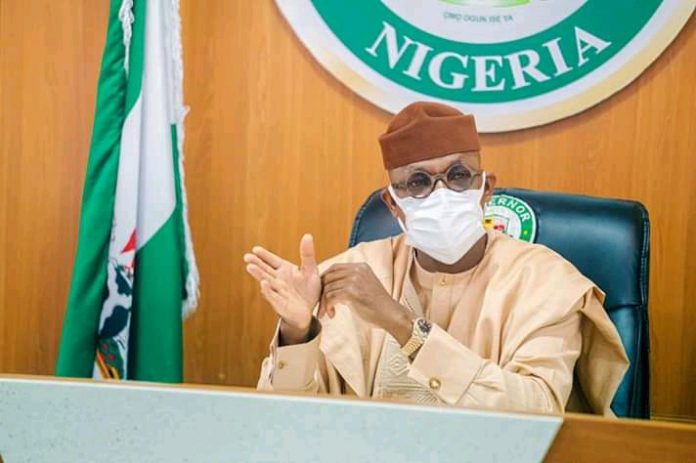 The Forum made this known in a statement issued by it’s President, Comrade Omobolaji Sanni.

The Forum maintained that many residents in Ogun West axis have taken to their heels to seek safety for their lives in Benin Republic.

It would be recalled that the Chairman of Ogun State Peace Keeping Committee on Farmers/ herders Conflict, Kayode Oladele attributed the relocation of people from Yewa to Benin Republic as non inhabitants of the Communities, but those from the neighboring country to lease farm land in the area.

Oladele in the statement noted that there is no crisis in Yewa land that will necessitate that the eople to become refugees in another country.

But, the Yewa Youth forum maintained that the people in the axis shunned the state government palliatives because their lives are more important to them than bags of rice.

The YNPF President alleged that the aides of the governor on different times feed the governor with lies concerning the crisis in the axis.

He noted that the committee did not bother to confirm the report that the residents in the axis have seek refuge in Benin Republic by speaking with them before going ahead to debunk it for their sinister reason.

He added, “in the press report that the government is reacting to, names were mentioned including pregnant women , but this committee didn’t go to this people instead they chose to lie, If a reversal of this naked lie is not written, we shall register Oladele’s name in our black book as Youths in Yewa north local government.

“Being broke after serving in the House of Representatives is not a resealable excuse to hub-nub with the state Governor at the expense of your people.”

The statement also read, “our attention has been called to a statement credited to The Chairman, Ogun State Peace Keeping Committee on Farmers/Herders Conflict, Kayode Oladele, with the heading; We’ve no refugees in Benin Republic.

“In the statement, the government through their satanic servant said there is no crisis in YEWA land that will necessitate that our people to become refugees in another country.

“Meanwhile, while the PUNCH came to our local government for an on the spot assessment of the havoc wrecked by the Fulani herdsmen as well see the true situation of things, Even the Eselu of Iselu land confirmed that the residents were not available to take the Greek gifts of the government when it was brought to them adding that the people said the prefer to be slaves in another man’s land than to die in their land due to high level of insecurity.

“In turn, Oladele has called our royal father a lair and the god of yewa-land shall respond to him in due time.

“The truth is that, many farmers in our axis have taken to their heels to take refuge in Benin Republic and they have also shunned the state government palliatives as their lives are more important to them than bags of rice.

“The government through their Irresponsible representative, Oladele, have gone overboard and the gods of Yewaland shall fight them to a standstill.

“Many times we have noticed that many aides in this government are not through representatives but agent of confusion to the Governor, at different times they feed the Governor with lies and on this we shall repel this bazzuker of lies.

“Good for us as indigenes, we now know our enemies that lives with us.”

So-Safe Corps Deploys 1,000 Officers to beef up Security during yuletide in Ogun