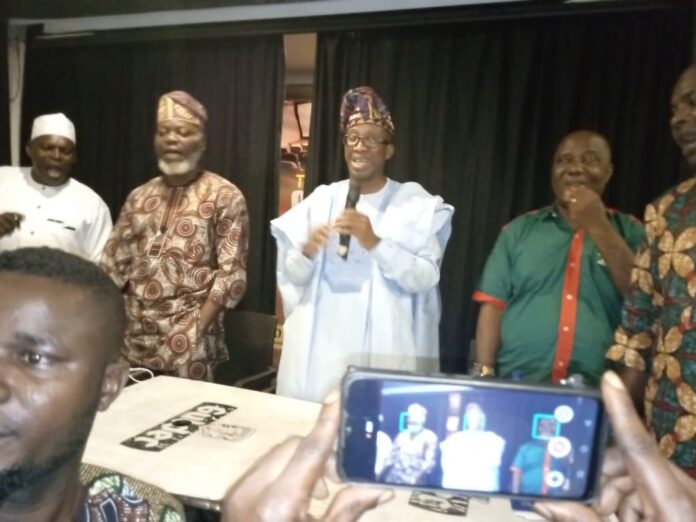 A governorship hopeful on the platform of the Peoples Democratic Party (PDP) in the yet to be fixed governorship primary election rerun in Ogun State, Otunba Jimi Adebisi Lawal (JAL) has assured his supporters and loyalists to calm down, stating that his capacity to sweep the poll is still intact.

Lawal gave the assurance on Saturday when he met with delegates in Ogun Central Senatorial District in Abeokuta, the Ogun State capital.

Lawal expressed willingness and readiness to lock horns with any of the aspirants who makes himself available for the contest.

He urged the delegates to remain firm and disregard all the lies being peddled by those who are afraid of a free and fair contest.

Lawal stated expressly that all members on the authentic delegates list are bonafide members of the party who have the right under the party’s constitution to exercise their voting rights.

He advised the delegates to be wary of desperate politicians who do not mean well for the people, urging them to committed towards fighting a just cause.

“You have a right and a duty to demand for the rerun to be held so that the party can field candidates in all the 26 House of Assembly positions, nine House of Representatives, three senatorial positions and the governorship position. To do otherwise will be to jeopardize the chances of the party in the 2023 election. If they say they are popular, they should come for the rerun; whoever carries the day will be supported by all and sundry,” Lawal said.

Recall that a Federal High Court sitting in Abeokuta on Tuesday nullified all the primary elections conducted by the Peoples Democratic Party (PDP) in the state.

The court ordered the party to conduct another primary election within the next 14 days.

The court also barred the Independent National Electoral Commission (INEC) from recognising Hon. Ladi Adebutu as the governorship candidate of the party in the state.

Meanwhile, the party had on May 25, 2022 conducted the botched primary election, using what has now been termed a “fake delegates list”.