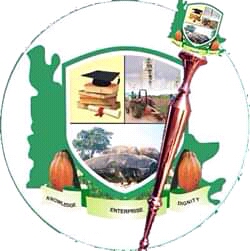 The Ogun State House of Assembly has passed a resolution calling on the State Government to officially recognise and immortalise the original author and composer of the State Anthem, “Ise Ya”, Chief Dayo Dedeke to further encourage and promote patriotism and dignity in labour among the people of the State.

To this end, it has directed that one of the cultural monuments in the State should be renamed after the late artiste as a way of appreciating his laudable contributions to the State.

The passage of the resolution followed a motion moved by the Majority Leader, Sheriff Yusuf, seconded by the Deputy Speaker, Oludare Kadiri, and supported by the Whole House through a voice vote during a plenary presided over by Speaker, Olakunle Oluomo at the Assembly Complex, Oke-Mosan, Abeokuta.

Opening a debate on the motion, the Sponsor and member representing, Remo North State Constituency, Osho Solomon chronicled the life achievements of the late composer, who hailed from Iporo Ake in Egba land, expressing that the creativity contsined in his song led to its  adoption as the State anthem.

He described Dekede as a legend, whose intellectual lyrics till date encouraged patriotism, diligence and quality service to society, with a task to the people of the State to continue to contribute their quota to the development of the society  in their various callings and professions.

Corroborating the sponsor’s view, other Honourable members including Yusuf Adejojo, Olakunle Sobukola, Bolanle Ajayi and Soneye Damilola, remarked that the State identity as contained in the song, advocated hardwork and positive morals for younger generations to emulate deserved to be recognised and rewarded by the present administration.

Also speaking, Honourables Ademuyiwa Adeyem and Balogun Akeem described the man as a resourceful personality, whose other artistic work foster moral decency, stated that his work portrayed indigenes and residents of the State as dedicated and assiduous personalities.

In another development, the Speaker has directed Ministries, Departments and Agencies of government in the State to submit thirty copies of their mid year financial report for the last six months to the State House of Assembly before Thursday, 25th July, 2019 for appraisal in line with the approved 2019 Appropriation Law.

Meanwhile, the Speaker has charged security agencies in the State to be more proactive in the discharge of their duties to curtail the menace of kidnapping, unlawful killing and other unlawful activities in all parts of the State.

Oluomo made the remarks, while responding to the submissions of a member representing Odeda State Constituency, Hon. Oludiasi Elemide and his Ogun Waterside counterpart, Akeem Balogun under Personal Explanation, who reported attacks by herdsmen and kidnappers on some members of their constituencies, saying  it was becoming a threat to peace in their constituencies.

Also, the State Assembly felicitated the former Governor of the State and national Leader of the All Progressive Congress  (APC), Chief Olusegun Osoba describing him as an elder stateman and political leader whose wealth of experience and contributions to the State was unquantifiable.

The Assembly equally congratulated the State Governor’s wife, Mrs Bamidele Abiodun and Hon. Damilola Soneye with prayers of longevity of life and prosperity for the celebrants.