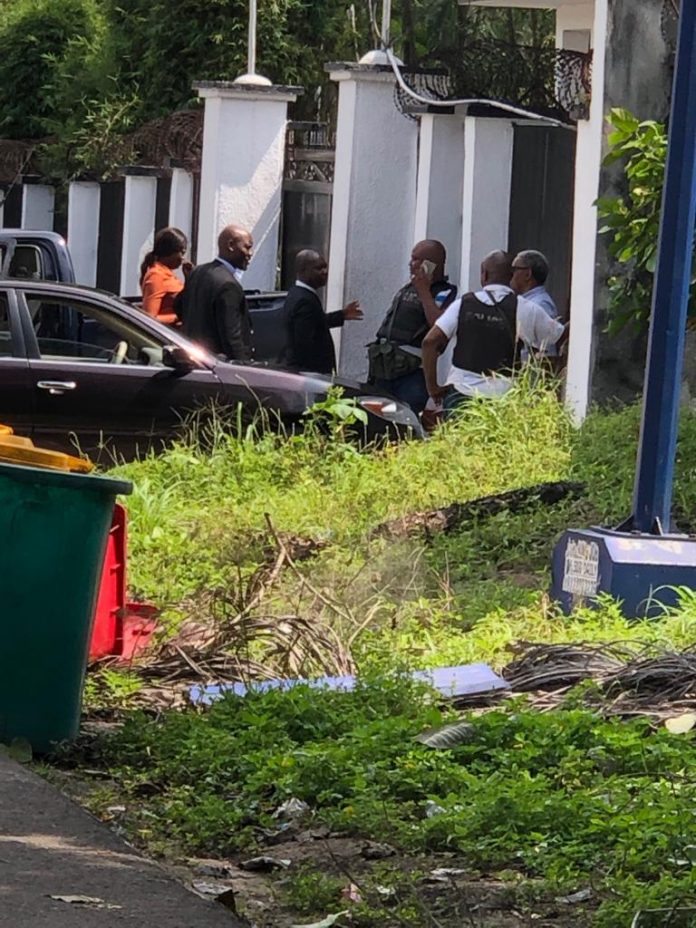 As the family crisis rocking the family of the late statesman and business mogul, High Chief O.B Lulu-Briggs deepens, a detachment of heavily armed policemen, led by ACP Adaku Uche-Anya, invaded  Moni Pulo Limited’s Corporate Headquarters in Port Harcourt at about 9 am on Monday June 3, 2019 and held the premises under siege for eight hours.

The entry into the business premises was hostile, as the policemen broke down doors and forced their way into offices, apparently in search of certain unexplained documents. They  barricaded all entrances to the company and prevented staff from going about their daily activities until about 4 pm.

The police operatives claimed to have been sent from Force Headquarters Abuja to investigate a petition they received alleging that the late Chairman/CEO of the company, High Chief Lulu-Briggs, who passed away on December 27, 2018 in Ghana was murdered.

Moni Pulo Limited, an indigenous oil company, is one of several businesses left behind by the late Lulu-Briggs, whose burial has been put on hold due to a court ruling following a lawsuit by one of his children, Chief Dumo Lulu-Briggs.

A senior official of the company, who witnessed the operation, reports that the police personnel were unable or unwilling to show any evidence that proved that there was an order from Abuja for them to carry out the raid.

The position of the policemen did not go down well with the staff of the company, especially as the armed men attempted to arrest the Head of Community Relations, Chief Daerego Clifford.

Company officials say attempts to find out the persons behind the petition have not yet yielded any results, and that the company did not receive any police summons regarding the petition prior to the invasion.

The legal representative of the company, Bright Georgewill, who was present at the scene of the incident, slammed the operatives for invading the company without notification and without a search warrant, which he said infringed on the fundamental human right of the staff.

He said: ‘’When we heard of the invasion, we quickly dispatched a team of lawyers to the office. When we got there, we met a team of security men who identified themselves as officers from Abuja. They told us they are here to investigate, among other things, an alleged murder of High Chief O.B. Lulu Briggs. We also got information from staff of the company that they broke into some offices and took statement from the staff. We are quite surprised at what relationship their investigation has to do with breaking into the company premises.

Clifford accused some family members of the late Kalabari chief of being behind the action and urged them to desist.

However, some accusing fingers have been pointing at it being a family member, based on recent publications in the media – including a curious May 23, 2019 advertorial by a faction of seven chiefs from the Oruwari Briggs House Chiefs which, until his passing, High Chief Lulu-Briggs led as Paramount Head of the Oruwari Briggs War Canoe House in Abonnema.

Other officials of the company said the recent development was probably connected to the internal crisis rocking the family. They said one group, led by Chief Dumo Lulu-Briggs, second son of the late High Chief Lulu-Briggs, Chairman of Platform Petroleum Limited and the Accord Party gubernatorial candidate in the just concluded 2019 general elections in Rivers State is pitched against the rest of the family headed by the wife of the deceased, Dr. (Mrs.) Seinye O.B. Lulu-Briggs.