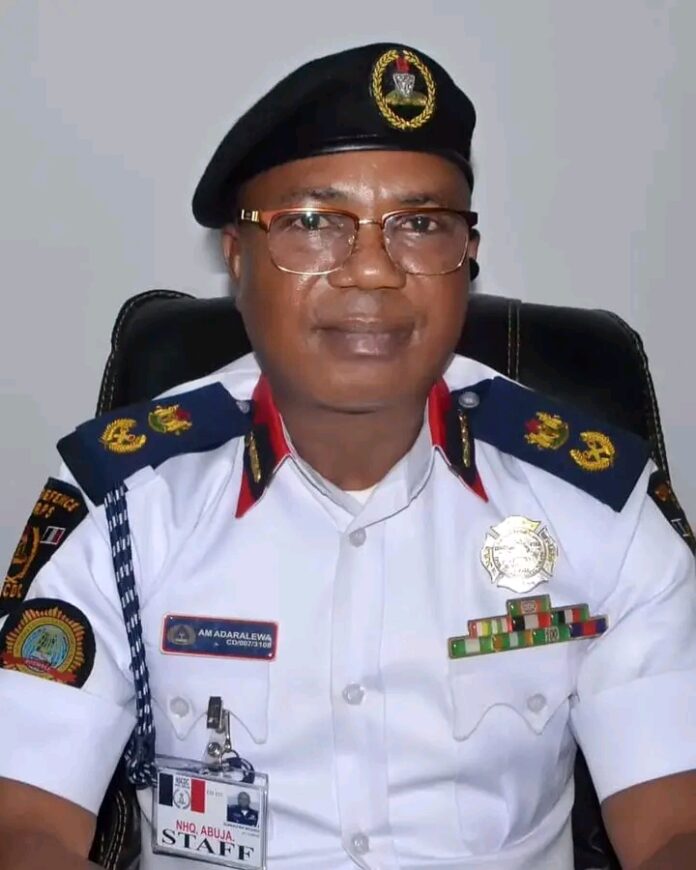 As part of the mandate of Nigeria Security and Civil Defence Corps(NSCDC) to protect lives and property of the citizens and National Assets of the Country, officers of the Corps has killed a suspected kidnapper at Easy Gate Farm along Abanla Ogunmakin road Ibadan OYO State.

The State Commandant of NSCDC, Adaralewa Michael, said the suspected kidnappers eight in number gained entrance to the farm with the intention of abducting the owner of the farm, who is a foreigner.

He added that the suspected kidnappers engaged the gallant officers of the Corps in a gun battle during which one of them was shot dead and others escaped with various degree of b*llet wound.

The State Commandant of the corps however, called on residents to join hands with all Security operatives with credible information.

He urged them to provide information about any suspect with bullet wound to the security agencies in order to arrest other fleeing members of the gang.