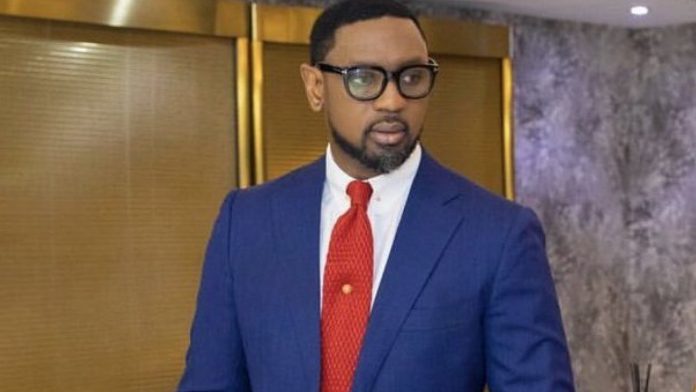 Nigerians have reacted to Pastor Biodun Fatoyinbo’s decision to step down as the Senior Pastor of the Commonwealth of Zion Assembly, COZA, over alleged rape allegation from Timi Dakolo’s wife, Busola.

Pastor Fatoyinbo had in a post on his Instagram page on Monday,announced stepping down from the pulpit following the rape saga.

He wrote: “The past few days have been very sobering on me I have taken time to seek spiritual counsel form Christian leaders around the world who feel very concerned about the ongoing report in the media.

“I have solicited their guidance on actions I should take that is honoring to our Lord Jesus Christ and the work he has called me to do.

“Drawing from their counsel and that of the leadership of COZA and owing to my love for Lord’s work and the sacred honor of my calling I have decided to take a leave of absence from the pulpit of the church.”

This came on the heels of protests asking the cleric to step down over the allegations levelled by Timi Dakolo’s wife, Busola.

The celebrity photographer had alleged that the COZA founder forcefully raped her when she was young.

Meanwhile, the pastor’s decision to step down as Senior Pastor of COZA till the matter is resolved, has stirred reactions from Nigerians online.

Here are some comments obtained by our correspondent from Twitter:

@Iam_anikeade “Mr. Fatoyinbo has decided to step down. This a win for Nigeria women and humanity at large. May all rapist be it male or female face the wrath of God.”

@Tibonez “I think Coza global board members finally came to their senses and realized Biodun Fatoyinbo is bad for the COZA brand.”

@datsbobby “COZA pastor is taking a leave of absence from the pulpit. Now, proper investigations should be conducted by the police. To all those who protested on social media, at the churches and victims who spoke up, this is a good thing. Your voices are being heard!

@Patrick6544 “Now, the investigations can commence, both internal and external. To God be the glory.”

@silasdung “Senior Pastor of COZA Biodun Fatoyinbo takes leave of absence. Now we can move to other national issues #RUGA.”

@Walegates “Coza pastor has stepped down. Definitely didn’t see this possible but I’m still a bit cynical, is it a move to stop others from coming forward? You have to look at this like a chess game, if a pro is sacrificing their Queen they are either accepting you won or you are walking into a trap.”

@Yemitola “Senior Pastor of Coza, Biodun Fatoyin takes leave of absence from the pulpit. Wise decision. Let him go sort out this mess.”

@LE_arma “Fatoyinbo proceeds on leave of absence from Pulpit. Hallelujah. Now step into the witness box.”

@Victorexco “COZA man earns my respect. Now go to court if truly you’re innocent or you come out and apologize.”