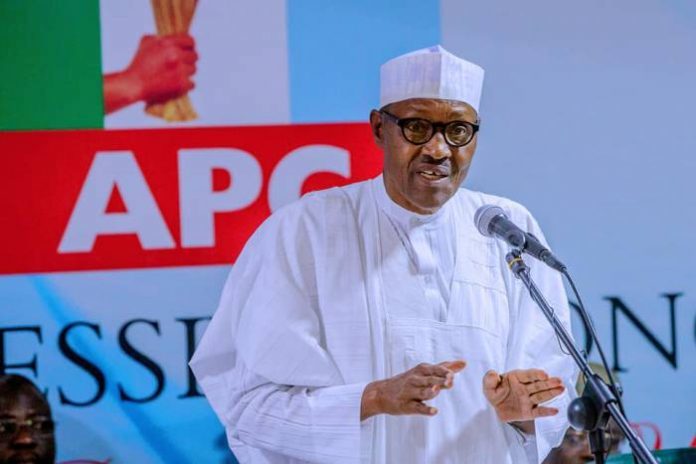 The Incumbent President, Muhammadu Buhari on Tuesday maintained a lead over his main rival in the race to become Nigeria’s next president, with more than half of all states declared but signs of low turnout across the country.

The death toll from election-weekend violence meanwhile jumped from 39 to 53, according to the Situation Room, an umbrella group of civil society monitors.

Buhari, 76, who is seeking a second term, has so far won 14 states, including Kaduna and Jigawa in his northwest heartland, according to the latest results from Saturday’s vote.

He also secured the country’s two most-populous states, Lagos and Kano. In the former, he won by nearly 133,000 votes and by just over 900,000 in the latter.

Former vice president Atiku Abubakar, 72, has notched up 11 states and the Federal Capital Territory of Abuja, according to the Independent National Electoral Commission (INEC).

Four states, including Abubakar’s native Adamawa in the northeast, swung back to the Peoples Democratic Party (PDP) from Buhari’s All Progressives Congress (APC) in 2015.

To win the presidency, a candidate needs a majority of votes nationwide and at least 25 percent of support in two-thirds of Nigeria’s 36 states and the FCT.

Results are not official until declared by INEC chairman Mahmood Yakubu but a number of local media outlets indicated that Buhari was on course to be returned to office.

They correctly predicted Buhari’s win in Lagos and Kano.

Voting took place after a week-long postponement, which INEC blamed on difficulties in distributing ballot boxes and materials.

The APC and PDP have accused each other of conspiring with the electoral board to rig the result, against a backdrop of wider concern about transparency and a credible vote.

The PDP on Monday said the APC was trying to “manipulate the result”, which could be a prelude to a legal challenge of the outcome.

Some election observers have reported instances of vote-buying, intimidation and violence towards voters and officials, which have been a problem in previous polls.

The issues will likely prompt calls for electoral reform, including the introduction of technology capable of directly transmitting results from polling units.

Several international monitoring bodies have warned that repeated postponements could undermine confidence in the electoral process, after similar delays in 2011 and 2015.

Yemi Adamolekun, from Enough is Enough Nigeria pro-governance and transparency group, which is part of the Situation Room, said the levels of rigging and violence were “disturbing”.

She said some INEC staff were forced to release results under duress and they were investigating claims that 120 volunteers were also intimidated into declaring winners.

A total of 72.7 million people were eligible to vote in the presidential poll as well as parliamentary elections held at the same time.

The parliamentary poll claimed a number of high-profile victims, including Senate president Bukola Saraki, who lost his seat in the north central state of Kwara.

Saraki, who stood against Abubakar for the PDP presidential ticket, has been at loggerheads with Buhari and the government for several years.

There were signs of a low voter turnout, blamed on a combination of apathy because of the delay, organisational and logistical problems, as well as unrest.

In some places in the southwest, where pro-Biafran separatists had called on supporters to boycott the election, turnout was as low as 18 percent.

Only one in six registered voters — just over one million people — cast their ballot in Lagos, which is home to 20 million.

In other places, just one in four registered voters turned out. The low levels of participation could have a longer-term impact on the legitimacy of the new government’s mandate.