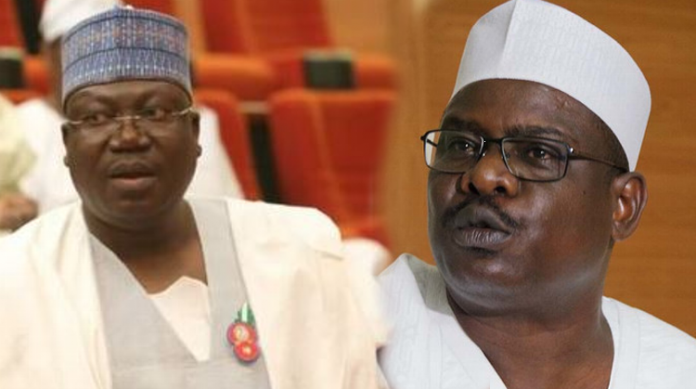 Borno South senator-elect, Ali Ndume, has shunned the election for the Deputy Senate Presidency after his defeat to Ahmed Lawan.

The Clerk of the National Assembly, Alhaji Mohammed Sani Omolori, who called each lawmaker out to vote in alphabetical order of the states and constituencies they represent, called Kashim Shettima of Borno-Central to cast his vote.

After Shettima had voted, Ndume’s name was called repeatedly but he refused to come forward to vote.

Ndume lost by a landslide to Ahmed Lawan, the new Senate President.

WE DID NOT RAID EX-GOV. AMBODE’S RESIDENCE-EFCC