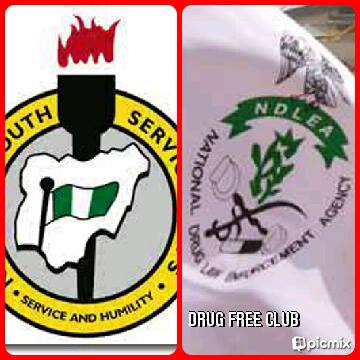 The National Drug Law Enforcement Agency, State of Osun sensitised the 2019 Batch B corps members on the dangers of drug abuse.

In a lecture delivered on Wednesday 26th June, 2019, by an officer of the agency, Lamu Mshelia, corps members were advised to stay away from abusing drugs as it tends to kill faster.

Mshelia made it known that drug abuse is a biological psychosocial problem threatening the human society all over the world. “Not everyone who used drugs became addicted. But it can happen to anyone and at any age” he said.

Lamu furthered explained about the addiction that has the unfortunate side effects of mental and physical withdrawal,depending on how its been abused. “Getting better from drug addiction can take time as each person’s body and brain is different and people also react differently to drugs”, he said.

He enjoined those who engaged in abuse of drugs to stay away from it and further enjoin those addicted to seek psychological counselling and rehabilitation from any NDLEA office to break free from drug abuse.

Ondo 2020: Despite Destruction of Smart Card Readers, Ondo Election will...