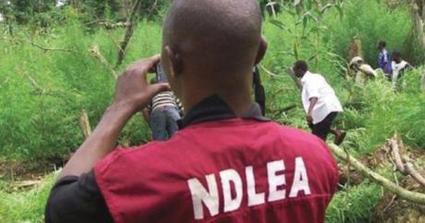 The Kogi State Commander of NDLEA, Alhaji Idris Bello, disclosed this in NYSC Kabba to commemorate the 2019 United Nations day against drug abuse and illicit trafficking.

Bello disclosed that the command has successfully prosecuted 12 suspects, counselled 13 while one has been rehabilitated, treated and reintegrated back to his family.

NDLEA, according to the commandant, has seized a total of 173.83kg of illicit drugs between January to June 2019.

“In April 2019, the State Command conducted a public destruction of 18 tons of drug exhibit seized within 2014 to 2018 worth millions of naira.

“This feat in terms of seizure was made possible through the assistance and support of the Kogi State Government, other sister Security Agencies and the general public.

“Drugs create an atmosphere of insecurity. The Government needs a peaceful environment to discharge its responsibilities to the people as the people need a secured environment to contribute their quota to the development of the State,” he stated.

Our correspondent gathered that the day, which is observed globally on the 26th of June, has the theme: “Health for Justice, Justice for Health”.

On this year’s theme, Alhaji Bello said, “This year theme highlights that justice and health are two sides of the same coin when it comes to addressing drug problems. The effective response to drug problems requires the inclusive and accountable institution of criminal Justice, Health, and social vices to work hand-in-hand to provide integrated solution in line with the International Drug Control Convention, Human Obligations and Sustainable Development Goal.

“To give people the treatment needed, Institution of Justice and Health need to work closely together. This means supporting prevention and treatment services regarding drug in person, communities and providing gender and age sensitive response without stigma or discrimination.

“Public health response to drug use that enable effective alternative to punishment and imprisonment in line with International Drug Control Conversation which regarded victims of drug as sick persons”.

In a related development, the Kogi State Coordinator National Youth Service Corps, NYSC, Taufic Olayiwola Lasaki said the scheme will continue to collaborate with the command towards achieving a drug-free society.