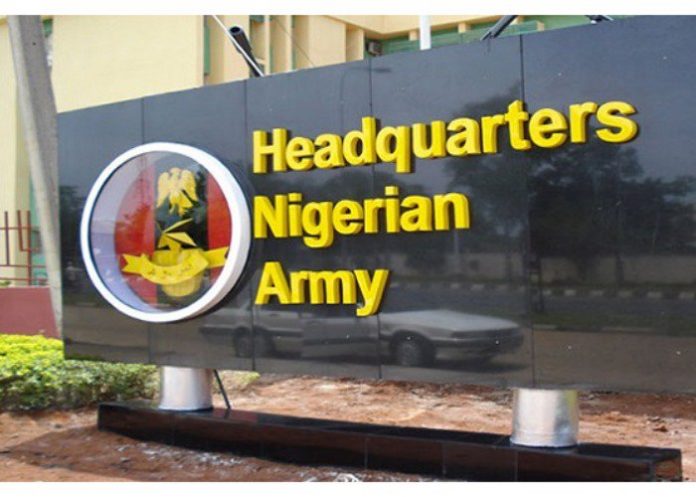 The Nigerian Army on Tuesday said, its attention has been drawn to a fake advertisement notice for recruitment into the Nigerian Army Medical Corps, which is trending on social media titled “Eparcel Service for Military Hospital February- March 2019” requesting unsuspecting prospective applicants and members of the public to apply for various appointments/positions in the Military Hospitals.

A statement from Col. SAGIR MUSA, Acting Director Army Public Relations said, the advert further requested applicants to forward their documents in PDF format to ikebethe99@gmail.com with N2,000 fee for “parcel charge” and N500 for “institution form” which are to be paid into Ike Bethel Chinemerem account, with United Bank for Africa account number 2084734943. The statement said it was a fake recruitment and must be disregarded.

The statement said, “While effort is on to track and apprehend the syndicate, members of the general public are hereby informed that the advert page is fake and a scam meant to dupe unsuspecting members of the public.

“In this regard, it is important to further educate and emphasise to members of the public that the Nigerian Army does not charge applicants money for application forms, recruitment or appointments into the service.

“Members of the public are therefore enjoined and encouraged to report any person or group parading as agent of the so called “Eparcel Service for Military Hospitals” processing fake recruitment on behalf of the Nigerian Army Medical Corps.

“The general public is also advised to be suspicious of dubious offers of employment especially through the social media and report such offers or person(s) to the nearest Army location or the Nigeria Police Force for necessary action.” The statement said