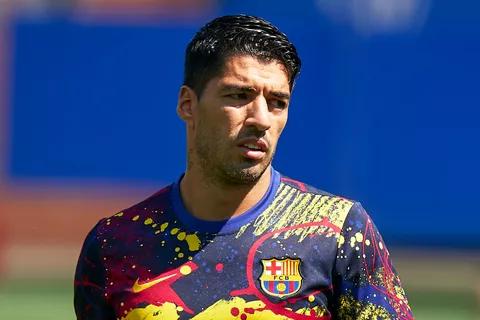 Luis Suarez has reportedly agreed personal terms with Juventus as he edges closer to leaving Barcelona this summer.

The 33-year-old has been deemed surplus to requirements by new Barcelona boss Ronald Koeman and will be moved on in part of the substantial overhaul at the club.

The Uruguayan had been linked with former clubs Ajax and Liverpool but it appears that Juventus have won the race for the prolific forward, if a deal with Barcelona can be agreed.

La Gazzetta dello Sport report, via Marca, that personal terms have been agreed between the Serie A champions and Suarez after a second meeting between the club and his representatives and after vice president Pavel Nedved spoke to the player directly.

Having played alongside Lionel Messi for the past six years in Spain, this would now see Suarez link up with Cristiano Ronaldo in a potentially deadly partnership up front in Turin.

Juventus are looking for a new striker with Gonzalo Higuain expected to leave the club this summer, linked with David Beckham’s MLS side Inter Miami.

However, a deal with Barcelona must be reached by the player, as despite being told he is no longer needed at the Camp Nou, it may prove expensive to get rid of him.

Suarez still has a year left on his Barcelona contract and a Goal report suggests that the club would have to pay the player £12m to cancel his contract 12 months before it is due to expire.

The striker has reportedly agreeing a salary with Juventus worth around £9m-a-year after tax.

The former Liverpool man has not commented on his future as yet, writing on Instagram last week: ‘There are people talking about me or in my name when for years I’ve had no relationship with them. When I have to talk, I talk for myself.’