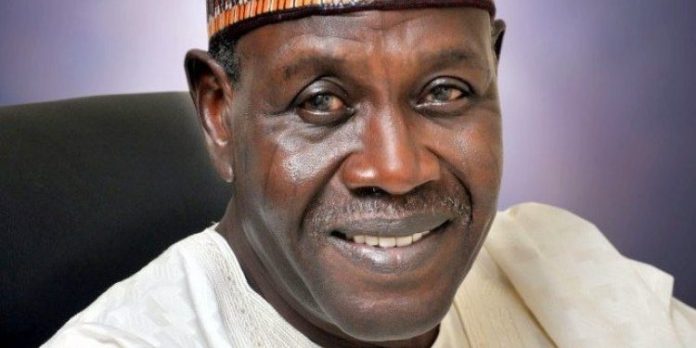 A former Secretary to the Government of the Federation Ambassador Babagana Kingibe, yesterday said ex-President Olusegun Obasanjo was one of the architects of the annulment of the June 12, 1993 presidential election, which was won by the late Chief Moshood Kashimawo Olawale Abiola.

Kingibe was Abiola’s running mate on the platform of the defunct Social Democratic Party (SDP).

He said although Obasanjo attempted to convene a meeting of statesmen to address the aftermath of the June 12 crisis, President Muhammadu Buhari only attended the inaugural meeting and stopped because of the direction of the session.

Kingibe said Buhari’s position was very clear over the years that the annulment was unjustified.

He, however, parried questions on whether or not he betrayed the late Abiola, who died in his bid to reclaim his mandate.

He said the celebration of June 12 as a Democracy Day should not be an occasion for recriminations or for talking on who betrayed who and who abandoned what.

He said he had never spoken over the years because he was bemused and saddened by the annulment.

Kingibe broke his silence for the first time on the annulment of the election while appearing on a Nigerian Television Authority (NTA) programme.

He did not give details of the roles Obasanjo played to annul the presidential poll.

He however justified why Buhari opted to honour Abiola.

“And I think President Muhammadu Buhari did attend the meeting once, the inaugural meeting. I understood that when he (Buhari) saw the direction of the meeting, he decided not to attend again.

“Every time the issue of the annulment came up over the years, his position was very clear; it was very firm that the election was free, fair and there was a clear winner. And that the annulment was unjustified.

“So, having had the opportunity, perhaps, to right the wrong, I won’t be surprised he did so because it is in his character to try and do justice, however, belated and under whatever the circumstances.”

Asked if he was surprised by the declaration of June 12 as  Democracy Day, Kingibe said: “In a way, yes. I was surprised more by the timing of it than that it happened.

“I was actually on lesser Hajj in Saudi Arabia when the announcement was made. I was not surprised that it was made because I knew President Buhari felt strongly about June 12.”

He paid glowing tributes to Abiola for being the arrowhead of the campaign for the actualisation of the June 12, 1993 mandate.

He added:  “You know, June 12 was the creation of all Nigerians. All Nigerians were the architects of June 12.

“Like all collective endeavours, there is always a leader, and one can never diminish the role of MKO Abiola in the final stages of this political journey to democracy in giving the leadership;  in being the arrowhead and the symbol of that struggle for democracy.”

Kingibe was, however, non-committal on whether or not he betrayed Abiola.

He said: “I think we are now going to celebrate the first of the June 12 being a Democracy Day. It is an opportunity to recall all the positive takeaways of the June 12 experience, what it represented and how we can learn lessons for the future.

“I don’t think it as an occasion for recriminations, who betrayed who, abandoned what. The whole process leading to June 12 was a unique experience in Nigerian political journey towards democracy.

“The annulment of the elections was unique in the life of all Nigerians and being unique and novel, I think everybody reacted accordingly to their understanding of what reaction was required.

“I do not think that we have the time to go through who played what role, who did what on this occasion. All I said, let us celebrate the event of June 12.”

Kingibe said he did his best to ensure that the annulment did not stand.

His words: “Suffice it to say that there are many ways of pursuing a goal. To me, the immediate goal was to make sure that the annulment did not stand. That I had a very strong opinion about. Don’t forget, from the annulment and the enthronement of Interim National Government (ING), there were 82 to 84 days or so.

“During those days, we all worked together to make sure the ING did not stand. And it did not stand.   Thereafter, we all had our reflections collectively and individually as to the way forward, and we moved on

Responding to a question on why he has never spoken, he said: “Indeed, I never.

“This is the first time that I am addressing the issue. Sometimes, I am bemused; I am saddened, perhaps sometimes I am not surprised about the comments that people were making about June 12; the claims on June 12, those who stood on June 12 and so on.

“I know every detail of what happened and there is no way that one can tell the truth about June 12 without perhaps diminishing some people’s own;  without taking away from the significance and the solemnity of that day.

“I have actually recorded my recollections of those days and those events. I hope that I will have the opportunity to air my recording one day. It is in video recording, not audio recording.”

There was no comment yesterday from Obasanjo on Kingibe’s claim.

Speaking with The Nation through his media aide, Kehinde Akinyemi, Obasanjo simply said: “No comment.”