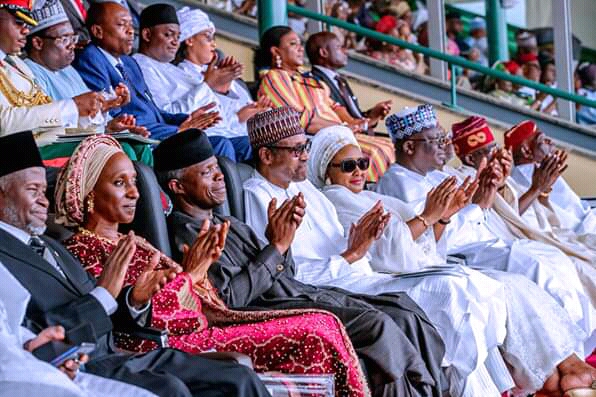 Recall that President Buhari had on Monday signed June 12 into law as the Democracy Day in honour of late MKO Abiola.

Other absentees were former Presidents Olusegun Obasanjo, Goodluck Jonathan, former Head of States, Ibrahim Babagida, and Yakubu Gowon, among others.

However, former Head of State, Abdulsalam Abubakar was present at the event.

Reasons for the absence of Saraki and Dogara who were the immediate past National Assembly leaders, are not yet ascertained at the time of filing this report.

Osun Assembly clashes with Adeleke over change of State name, others