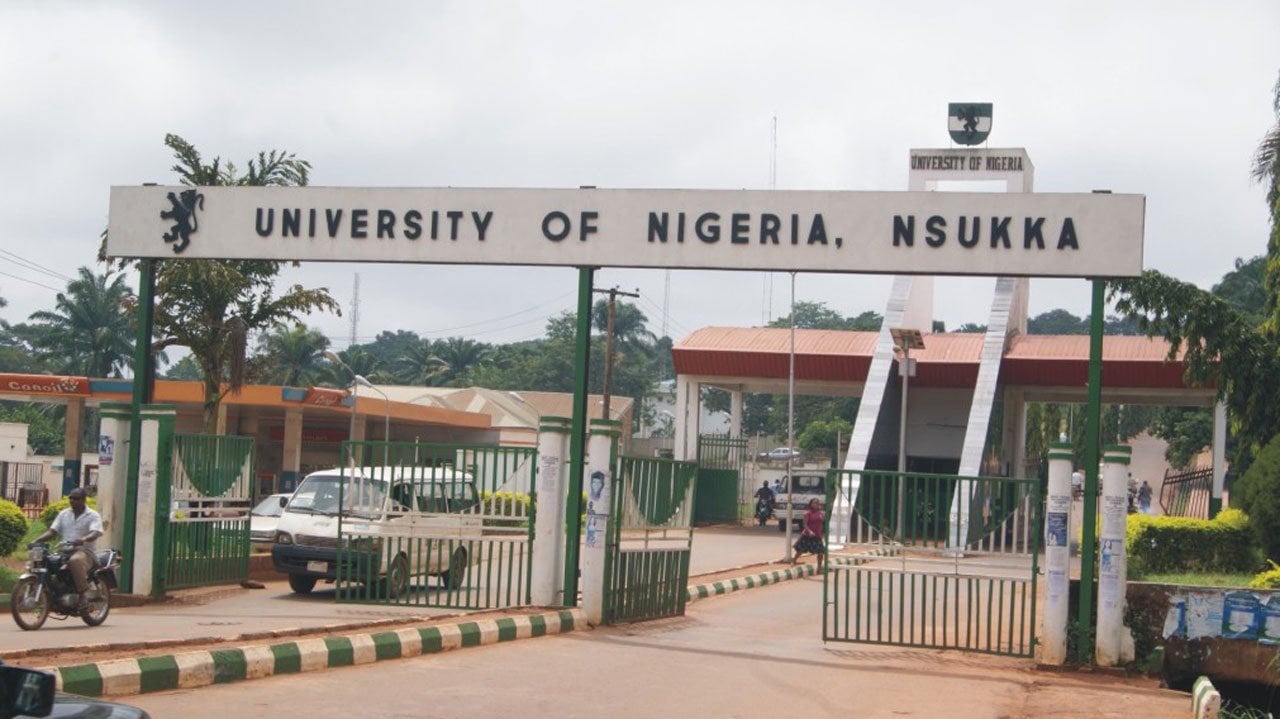 Amidst public outcry over the level of employment scam rocking the University of Nigeria, Nsukka, UNN, the institution’s Vice Chancellor, Prof. Benjamin Ozumba has disclosed that no fewer than 23 persons were already answering questions from security operatives.

Ozumba stated this while responding to questions from journalists on Monday during his end-tenure press briefing at the UNN.

It is reported that money ranging from N500,000 to N1.5m was being collected from job seekers. Some of them end up not getting any job even after making the said payment.

While saying he does not respond to rumours, the VC declared that “if you are a victim, or you know any of such persons, let him come up, we will deal with the case.

“Already we are working with the DSS on this and 23 persons are already being interrogated. There is also the issue of admission racketeering; these things did not start today, they have been there.”

On his stewardship for the five years as the 14th Vice Chancellor of the University, he said he met a dysfunctional University, but that he braved the odds and sanitized the system.

“Prior to 2014, the University was listed as dysfunctional but today and for the third consecutive year since 2016, we are ranked by Webometrics as number one University in Nigeria, especially in the area of research.

“Our enviable position as the Best in Research publications is still very evident and among the top 1500 Universities in the world”, he said.

He said his administration met backlog of programme and course not accredited.

“Today, the story is different as over 100 academic programme running in this university are fully accredited.

“I will remain grateful to council members and university management for their support and cooperation.

“Under my stewardship new faculties were created such as faculty of Vocational and Technical Education and Faculty of Basic Medical Science are created,” he added.

He expressed appreciation to the university council members, university management staff and students for the maximum support and cooperation given to his administration.

The Vice Chancellor said his first move on assumption of office was to restore peace and tranquility within the campuses, as well as improve the welfare of staff and students.

Ozumba said his administration enhanced knowledge and usage of ICT creation of new faculties; Establishment of Science Park; regular and prompt payment of workers salaries, as well as the generation of electricity from wastes and manufacturing of the lion laptop as innovations to put the university on the world map, among others.

The VC said his administration had a cordial relationship with Students Union Government (SUG) because staff and students welfare were given special attention.

Ozumba said his administration had some completed projects to be inaugurated before his exit in June 14.

In a remark, the chairman of the end of service committee, Prof. Nnanyelugo Okoro, described the VC as a consummate administrator and a professional per excellence whose tenure had achieved much for the university.

WHY I CHOSE ADEOSUN AS OYO SSG – MAKINDE