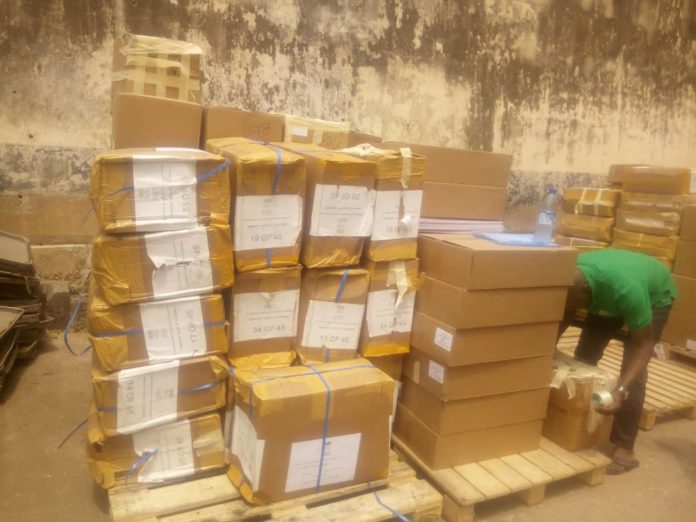 Some of the sensitive election materials meant for the Saturday elections in Kebbi State were “mistakenly” taken to Kaduna State and those meant for Katsina were brought to Kebbi, the Resident Electoral Commissioner (REC) in Kebbi State, Ahmad Mahmud has said.

The REC, during his interactions with journalists after inspecting the elections sensitive materials at the Central Bank of Nigeria’s state office in Birnin Kebbi, said “Two of our forms-EC 8D1 and EC 8E1 were mistakenly taken to Kaduna and that of Katsina was brought to Kebbi.

“We discover it during the inspection and they are already bringing it back to Kebbi.”

The REC said INEC in Kebbi State had received all the sensitive materials meant for the presidential and national assembly elections and would start distributing them on Wednesday across the 21 Local Government Areas of the state.

He also said all Card Readers sent to the state have been configured.

He said the voting exercise will take place in 2,398 polling units and 1,345 voting points in the 225 wards of the state.

Education: Schools in Nigeria and too much homework