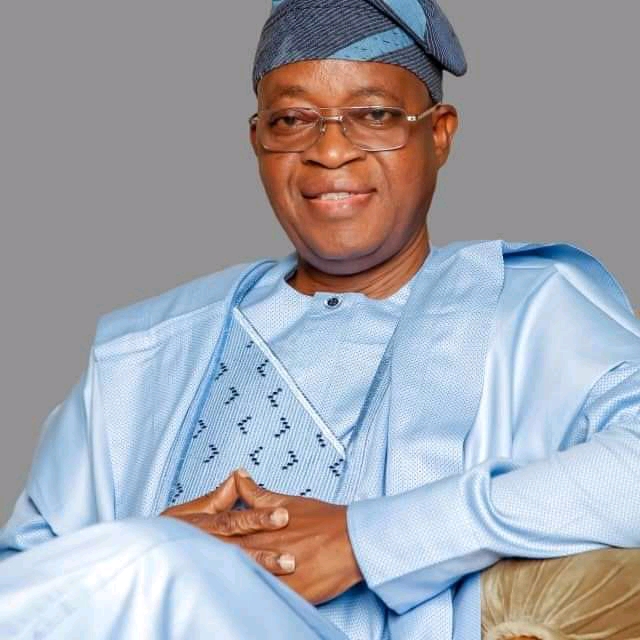 The Osun State Governor, Gboyega Oyetola, has said that his administration will continue to provide an enabling environment for small scale businesses to thrive.

Oyetola said this during an engagement programme organised by the Civic Engagement Office with members of Association of Mobile Telecommunication Engineers of Nigeria , Osun Chapter, held in Osogbo, on Wednesday.

The governor, who spoke through his Special Adviser on Civic Engagement, Hon. Olatunbosun Oyintiloye, said that Osun remains a fertile ground for businesses to grow and flourish.

He said since inception, his administration had been embarking on infrastructural development, providing soft loans for small businesses, ensuring adequate security, as well as, coming up with tax friendly policies for business owners.

The governor, who said his administration
through the state’s Microcredit Agency had empowered 5,296 small scale business owners with over N 2 billion to expand their businesses.

He said the state government through the agency had also disbursed about N 91million to different categories of informal sector operators in the state.

“My administration will continue to promote small scale industries through initiatives, programmes and policies that will build business confidence, and encourage them through provision of grants and loans.

“Small businesses contribute to local economies by bringing growth and innovation to the community in which the businesses are established. They also help to stimulate economic growth by providing employment opportunities for the people.

The governror noted that it was in the realisation of the economic benefits of the small scale businesses that his administration had been putting in place necessary infrastructure for businesses to thrive.

He said small scale businesses are a vital part of the economy, which no government will want to play with.

The governor, who commended members of the association for their support for his administration, urged them to also support his re-election in July 16 governorship election in the state.

In his remarks, the President of the association, Andulrasak Ejalinibu, commended the governor on various friendly business policies for the survival of small scale businesses in the state.

Ejalonibu appealed to the governor to continue to support members of the association with soft loans to boost their businesses.

He also urged the governor to organise training for members of the association to enhance their efficiency in the business.

Ejalonibu also promised that members of the association would massively support the governor with their votes during the election.