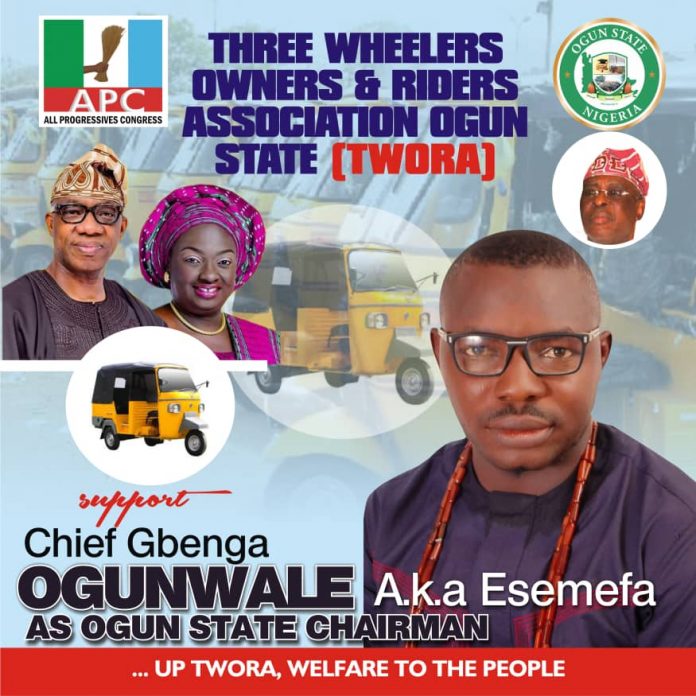 A Chairmanship aspirant of the Three Wheeler Owners and Riders Association ( TWORA), Ogun State chapter,  Chief Gbenga Ogunwale popularly known as Ese Mefa has dismissed allegation that he had plan to disorganise the operation of the association as against the State government’s directive.

It would be recalled that the Committee on Transport unions met with TWORA representatives on how to operates.

He alleged that the allegators are agents of an Allied People’s Movement (APM) ally, Ismail Olanrewaju Yusuf popularly called Mayasau who is also chairmanship aspirant.

Ogunwale stressed that he would never go against the government, insisting that he is a law abiding citizen of the State.

His words: ” I will never cause problem or disorganise things for the association. The Committee have met with us and they have made arrangement as regards our operations which is in rotation format for next three months.

” They want to destroy my image but God will not allow them.”.

He therefore pledged his total support for the committee’s reforms.