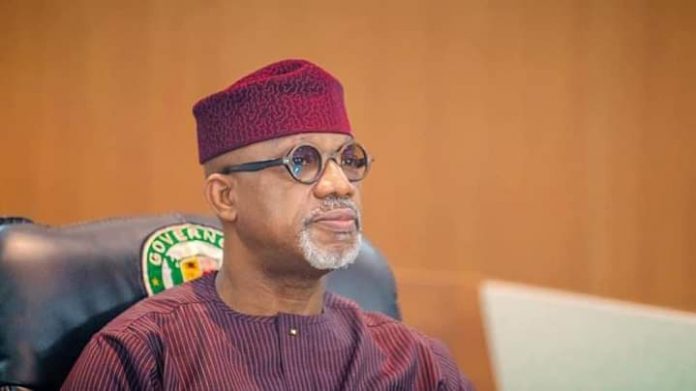 Our attention has been drawn to a story with a misleading caption in some online newspapers.
To say this story is fallacious is to say the least. It is an admission to the fact that the journalism profession, which we still hold as noble has been thrown to the dogs.

Journalists are expected to fact check their information before going to the press.
This particular story was purportedly from a letter written by Afe Babalola & Co, to the Chairman of the All Progressives Congress (APC) as a response to a petition written by a political mercenary.

Nowhere in the letter written by the Afe Babalola & Co. was there any admission by Prince Dapo Abiodun to have admitted to committing any crime.

The letter written by the governor’s lawyers was twisted and presented to suit a particular purpose best known to those that authored / sponsored it.

Prince Dapo Abiodun is unperturbed by this machination. Just like they failed in 2019, they will also fail this time around.

For the avoidance of doubt, let it be noted that Prince Dapo Abiodun did not admit ever being convicted of any crime.

While we enjoined journalists to comply strictly to the ethics of their profession, we shall however not hesitate to take appropriate legal step against the purveyors of this blatant falsehood.