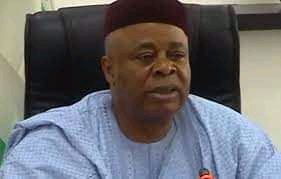 A former President of the Senate, Senator Ken Nnamani, has joined the race to succeed President Muhammadu Buhari in 2023.

Nnamani disclosed this in Abuja while speaking with Journalists, He added that Nigeria needs a man of tested integrity and competence to mobilise citizens to overcome tough challenges.

He noted that his pedigree as the President of Senate and Chairman of the Presidential Committee on Constitutional and Electoral Reform prove he would improve on Buhari’s legacies.

He said: “We need tested and trusted leaders who would reignite hope in the hearts of young Nigerians and unlock the competencies that we are losing to other nations.

“In 2023, we will need a Ken Nnamani to help unite Nigeria, deepen democracy, and rebuild the social and economic infrastructure of sustainable development based on production and fair distribution.”

Senator Ken Nnamani was the President during the 2005-2006 Constitutional reform process which killed the rumoured Third Term Agenda of former President of Nigeria, Chief Olusegun Obasanjo.

He also lost his re-election bid to the Senate following the killing of the bill which would in theory have given the then President another 12 years in office as President of Nigeria.

He is also expected to contest for the Presidential ticket of the ruling All Progressives Congress having joined the party a few years ago.

He is coming to a crowded field that involves juggernauts like Asiwaju Bola Ahmed Tinubu, Vice President Yemi Osinbajo and Others.