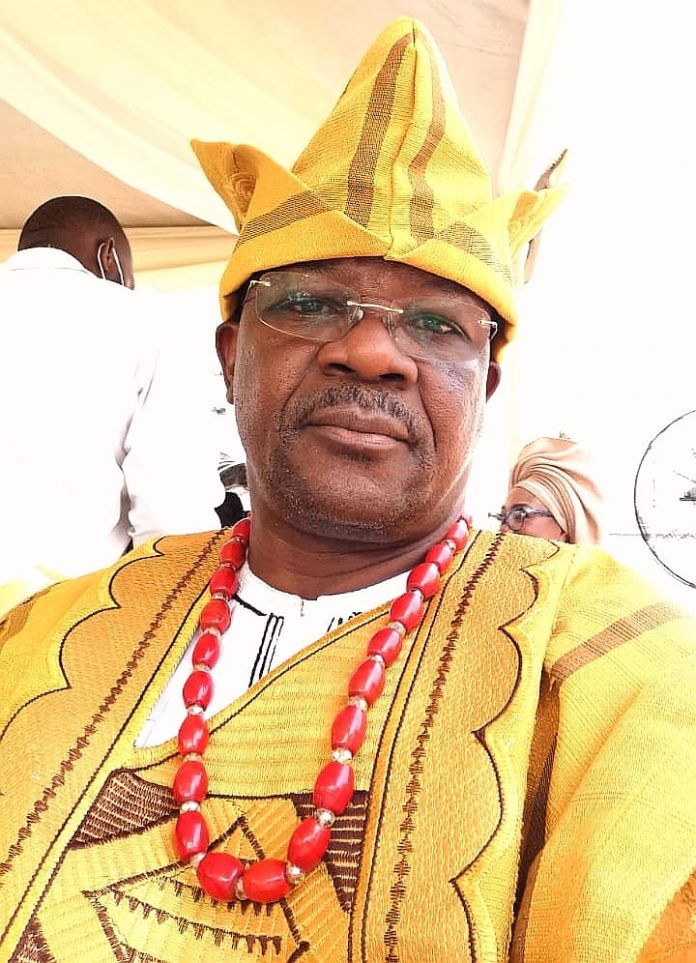 All Eyes are expected to focus on retired Former Deputy Director of Defence Administration, Dr Kunle Olawunmi who is to assume the Generalissimo title in Yewaland on Friday May 13, 2022 in Ilaro, Ogun State.

Dr Olawunmi, an Intelligence Czar, who retired as a Naval Commodore after 35 years of military service is expected to bring his security background to the service of his people in Yewa area of the state.

To this end, he is to be confered with the traditional chieftaincy title of Akogun of Ilaro, Yewaland by Oba Kehinde Olugbenle, the Olu of Ilaro and Paramount Ruler of Yewaland.

Dr Olawunmi currently lectures at Chrisland University, Abeokuta, where he is the Head, Department of Criminology and Security Studies.

The event holds at the private palace of Oba Olugbenle who is also conferring traditional honours on other notable Nigerians, among them, Senator Solomon Adeola who is politically known as Yayi.

Dr Olawunmi hails from Imasayi, a town located within the Yewa vicinity. He graduated from the University of Nigeria, Nsukka, bagging a B.Sc Economics and proceeded for Masters Degree at the Schiller International University in Paris, France.

Olawunmi also secured a second Masters Degree in Strategic Studies and Diplomacy from the University of Ibadan, after which he bagged a PhD in International Relations and Diplomacy at the CEDS Paris in France in 2013.

A career Diplomat, Olawunmi served as the Nigerian Embassy’s Deputy Defence Attache and France Defence Adviser to Nigeria with concurrent accreditation to eight other countries in Europe.

He is an Associate Professor of Global Counter Terrorism and has settled down for full academic service at Chrisland University, Abeokuta.

He is married to Dr(Mrs) Abiodun Olawunmi, a renowned Media Practitioner, Broadcaster and Development Communication Scholar.