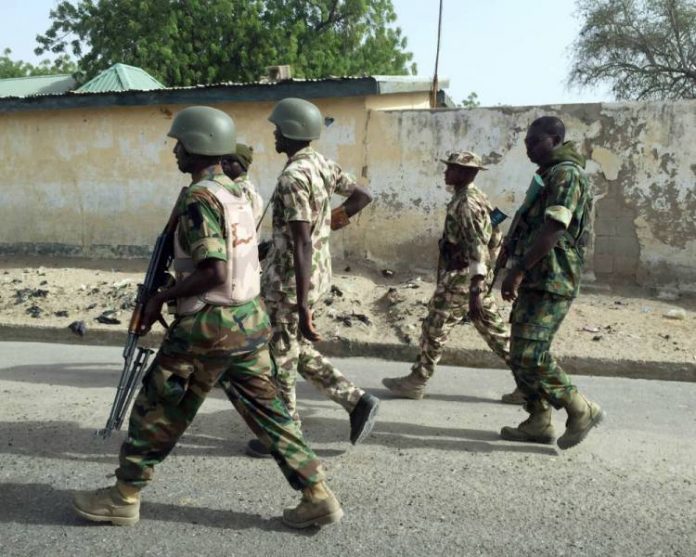 The Nigerian Army has accused the governor of Rivers State, Nyesom Wike, of making attempt to bribe a military chief because of the 2019 general elections.

The state government has denied the accusation, saying the military was rather trying to divert attention from the “atrocities they are committing in Rivers because of the elections”.

The army in a statement issued on the Election Day said, “It is indeed no secret to the military authorities that Governor Wike has on various occasions made attempts to compromise the integrity of the GOC 6 Division, Maj Gen Jamil Sarham.

“Having failed, despite series of overtures and monetary pledges of millions of dollars, both in person and from cronies, it is no surprise that the frustrated Governor has resorted to this appalling campaign of calumny.”

The statement was issued by the acting spokesperson of the army, Sagir Musa.

The statement was in response to an allegation that the army attempted to assassinate the Rivers governor, Wike.

“The Nigerian Army does not train assassins, as such the institution or her personnel cannot be involved in sending assassins to murder a state governor as alleged by Gov Nyesom Wike,” the army said.

The army, which said it was neutral in the nation’s elections, challenged the governor to prove his allegations against it within seven days or “he could as well, save face and keep his peace”.

The Rivers government, speaking through the Commissioner for Information, Emma Okah, said the army’s allegation was “mere blackmail to cover the evil perpetrated by soldiers in the state.”

“You have seen what happened yesterday. You have seen how innocent people were being killed for nothing. You have seen how military people are sacking all the collation centres, everywhere in Rivers state, and taking control, in order to rig the elections for the APC,” Okah told newsmen, Sunday morning.

“Different groups in the PDP have been crying about what the army is planning to do in Rivers, particularly a week before now.”

Okah said soldiers were holding INEC official and others hostage in Isiokpo, in Ikwerre Local Government Area, since Saturday night.

Governor Wike’s arch political rival, Rotimi Amaechi, who is the minister of transportation, is from Ikwere.

Okah said the Peoples Democratic Party (PDP) won the elections in Ikwere. He said the army was trying to help Amaechi of the All Progressives Congress (APC) to manipulate the election results.

“PDP won at all the units in Ikwerre, we have all the results. Amaechi is the one bringing all the soldiers,” Okah said.