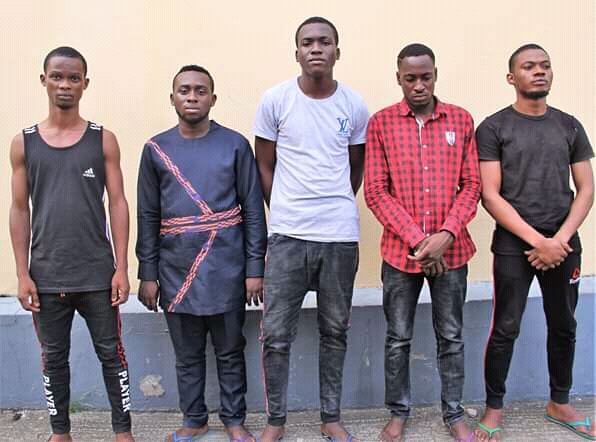 The bank had observed suspicious transactions on an account belonging to Duru, after he received N63 million.

He was subsequently arrested by operatives of the EFCC.

His arrest led to the apprehension of the other suspected fraudsters.

Investigations revealed that Duru was hired by Effiong, a “catfisher”, who presented himself as Arbara Williams, a 27 – year-old Caucasian.

A “catfisher” is an individual who uses the Internet, and in particular, online dating websites to lure people into romance scam.

Duru allegedly had a ‘picker’ in the United States, one John T. Benn, who received money in dollars and sent to him.

On his part, Effiong established a relationship with one Sung Yong Hwa, a Korean and Peter Davito, a Canadian.

The others were arrested for allegedly involving in love scam.

They will soon be charged to court.

APC: We have no hand in crisis rocking Lagos PDP