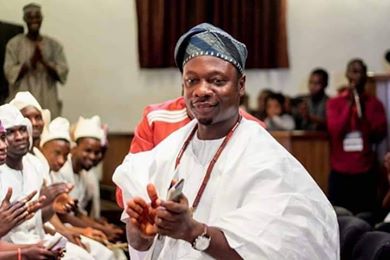 The Chief Executive Director of Klickonnect Networks international limited and Irawo Ola of Yoruba Kingdom, Chief (Dr.) Ajipe Alex, has congratulated, Prince Ajibade Gbadegesin Ogunoye the new Olowo-elect, on his successful and peaceful selection by the kingmakers on Friday 12th of July, 2019, at Owo, Owo Local Government Area of the state.

Chief (Dr.) Ajipe, called on the good people of Owo to throw their weights behind the new Olowo, saying that the enthronement of new monarch will usher in a new dawn of peace and development for the kingdom.

Also, Ajipe called on the people to rally round their new monarch and support him to foster peace in their domain as that is the only way development could be achieved in the kingdom.