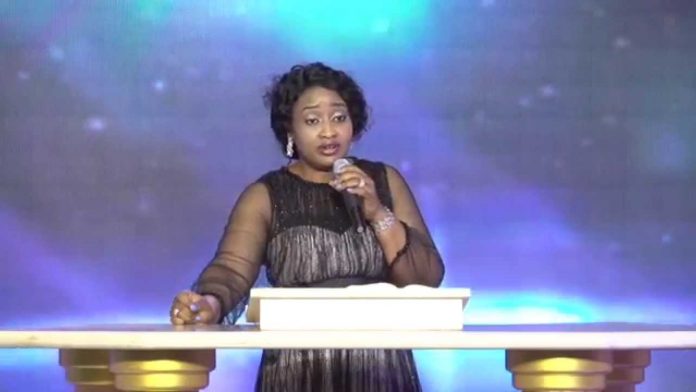 Wife to Pastor Biodun Fatoyinbo has broken silence on the rape allegations by Timi Dakolo’s wife, Busola againsther husband, who diubles as General Overseer of Commonwealth of Zion Assembly, COZA

Busola, the wife of popular singer, Timi Dakolo had alleged that the COZA founder had forcefully raped her when she was young.

The mother-of-three narrated how Pastor Fatoyinbo allegedly forced his way into her when she was a teenager.

Fatoyinbo, however, denied the allegation, though admitted that Busola once attended the same church with his family.

The clergyman consequently ordered his lawyers to institute both criminal and civil cases against Busola.

According to her, “My husband cannot rape anyone even as an unbeliever.”

Meanwhile there is heavy police and security presence at Abuja headquarters of the Commonwealth of Zion Assembly, COZA on Sunday morning.

SANWO-OLU GETS CHINESE INVESTORS’ COMMITMENT TO SET UP IN LAGOS