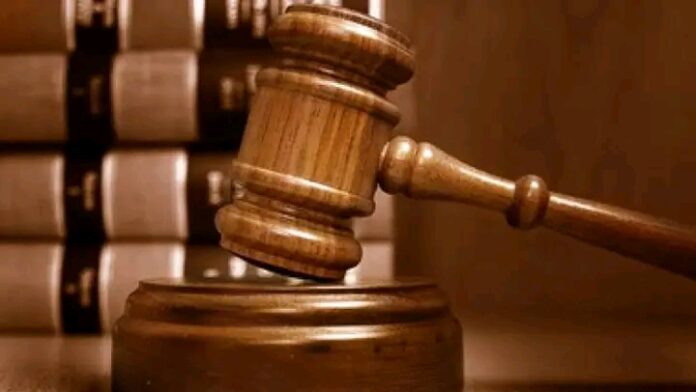 The National Industrial Court of Nigeria has granted the declaratory relief before it, seeking to overrule the suspension of a Deputy Director in the Corporate Affairs Commission, Mr. Moses Adaguusu and ordered the payment of over N14 million due him as benefits and allowances while on suspension. The court also granted the sum of N2 million as cost of prosecution of the matter in favour of the claimant (Mr. Moses Adaguusu). The judgement delivered by Justice Edith Agbakoba, in Suit No NICN/ABJ/169/2021 Between Moses Terlumun Adaguusu Esq VS Corporate Affairs Commission & RG came on Friday, at the Abuja Division of the court.

Delivering her judgement, Justice Agbakoba said while the court does not hinder employers from punishing erring staff, such punishment must be within the ambit of the law. According to her, not adhering to fair hearing principle contravenes the law. She therefore declared the suspension without fair hearing and without payment of allowances and benefits as null and void. Justice Agbakoba also set aside the claim by the defendant that the claimant did not exhaust the mechanisms inherent in the circular of the civil service. Speaking to journalists after the judgement, the prosecuting counsel, Terlumun Azom Esq, said the judgement serve as a caution to heads of MDAs saddled with the tasks of heading public offices on behalf of the government.

Azom said, “The judgement has condemned in itself what is called impunity and rascality by those saddled with the position of authority, especially those in public offices that have been given the responsibility to lead. They have to abide by the rules governing their offices. “In this case, the claimant was wrongfully suspended from office. He wasn’t given fair hearing; The rules guiding proceedings as far as fair hearing is concerned were not adhered to, simply because of the interest of an individual, the Registrar General of CAC. “The court has today, vindicated the claimant by condemning his actions of high-handedness and acting rather too harshly with authority” he said.

The counsel to the claimant expressed gratitude to the court for granting the relief it sought through it. “We are very grateful to the court and we thank God almighty for keeping us alive to see victory today.

“The benefits of the judgement are much. First, we sought for a declaratory relief, setting aside the illegal suspension of the claimant and the court actually granted it. Secondly, the court also directed that all his benefits, entitlements accruable to the claimant as a deputy director, which totals over N14 million should be paid to him while he was on suspension.

“Thirdly, the court also awarded the sum of N2 million as the cost of prosecuting this action. Being a successful person, the court thought it wise that he should be paid for filing this matter. We applaud the decision of the court” Azom said. Responding, counsel to the defendant, Francis Ogbu Esq expressed his dissatisfaction with the judgement and said he will proceed on appeal. “We heard somethings which we are not comfortable with. So the legal thing to do is to go on appeal” he said.