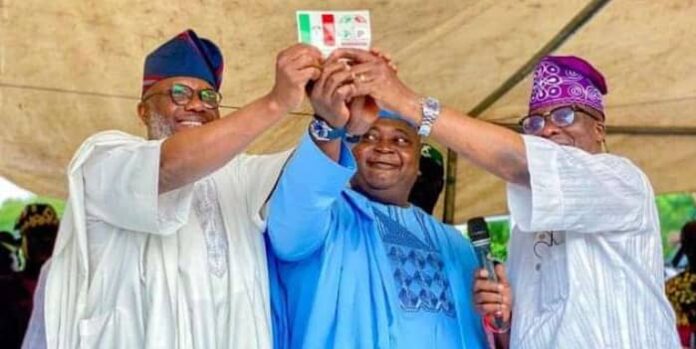 13 political parties were on the list while only 12 have the names of their governorship and deputy governorship candidates listed.

The names of governorship candidates of the All Progressives Congress (APC), Prince Dapo Abiodun and the African Democratic Congress (ADC) Biyi Otegbeye, a loyalist of former governor of Ogun State, Senator Ibikunle Amosun made the list.

It would be recalled that a Federal High Court in Abuja, last week, delivered a judgement in a suit filed by three members of the PDP in Ogun State, Taiwo Olabode Idris; Kehinde Akala and Alhaji Ayinde Monsuru, challenging the ad-hoc delegates’ list used in the conduct of all primaries by the party.

The court in the judgement delivered by Justice O.O Oguntoyinbo directed that a new party primary should be conducted within 14 days after the judgement.
With this development, the electoral body complied with the dictate of the upper court by omiting Adebutu’s and Akinlade’s of the APC names.