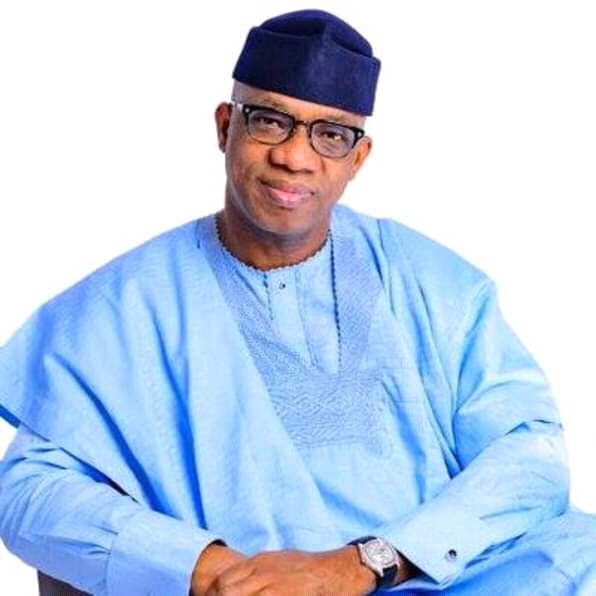 A Federal High Court sitting in Abuja has struck out a case against the Governor of Ogun state, Prince Dapo Abiodun by former Minister of State for Education, Mrs. Iyabo Anisulowo.

The pre-election Suit no FHC/ABJ/CS/34/1019 was filed to seek the disqualification of then candidate, Dapo Abiodun. Anisulowo had approached the Court to challenge the eligibility of Prince Abiodun at the polls over his alleged failure to participate in the NYSC Scheme.

Counsel to the Ogun State Governor,  Mr Wale Abeeb Ajayi had prayed the court to dismiss the case against his client, as participation in the NYSC scheme was never a disqualification factor in elections.

Delivering his judgment, Justice M.A Mohammed of Federal High court 5, Abuja, dismissed the 1st Defendant’s notice of preliminary objection and proceeded to deliver judgment on the substantive suit. Mohammed also noted that the plaintiff – Anisulowo failed to establish that Dapo Abiodun presented false academic claims to the  Independent National Electoral Commission (INEC). He held that the NYSC act does not make provision for the disqualification of a candidate who failed to participate in the NYSC scheme, saying that a candidate can only be disqualified under Section 177 of the Constitution. Consequently, the suit was dismissed.

Our correspondent gathered that the case is the final of the series of pre-election matters filed against the Governor in court as other cases have been similarly dismissed.

Only on Monday, the Supreme Court had dismissed a similar case brought by Abdulrafiu Baruwa, challenging the qualification of Gov. Dapo Abiodun on the ground of failure to disclose all his academic qualifications.

Delivering judgement, the apex court held that the National Youth Service Corps (NYSC) Act does not make provision for the disqualification of a candidate who failed to participate in the NYSC scheme.

Our correspondent also gathered that the Court first dismissed the first defendant’s Notice of Preliminary Objections and proceeded to pronounce judgment on the substantive suit. The court averred that a candidate can only be disqualified under Section 177 of the constitution, which states that, “A person shall be qualified for election to the office of Governor of a State if: (a) he is a citizen of Nigeria by birth; (b) he has attained the age of thirty-five years; (c) he is a member of a political party and is sponsored by that political party; and (d) he has been educated up to at least School Certificate level or its equivalent. Since Gov. Dapo Abiodun has not breached any of these provisions, the Court said the suit lacked merit.