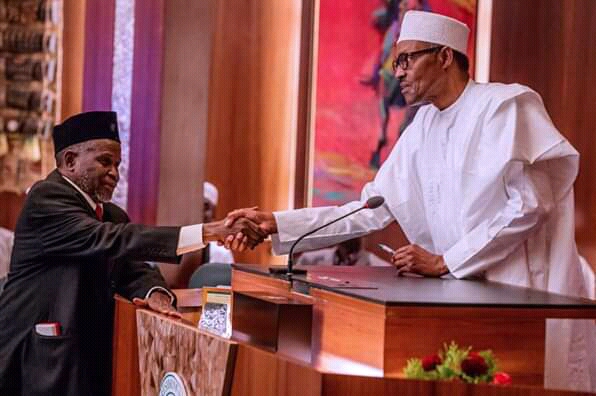 It is not clear if the president has such powers to suspend the CJN.

Mr Buhari said he removed Mr Onnoghen based on an order of the Code of Conduct Tribunal dated January 23, 2019.

The new CJN is Ibrahim Tanko Mohammed from Bauchi State.

He was sworn in by Mr Buhari Friday afternoon inside the council chamber of the State House, Abuja.

The swearing was done after the president signed the new Executive Order 007.

Justice Mohammed was driven into the forecourt of the president’s office at about 4:30 p.m. in a black Mercedes Benz C240 with number plate GWA:900FA.

The constitutionality or otherwise of the president’s action has sparked intense discussions among Nigerians with some commentators saying the country may have a constitutional crisis on its hands.

Mr Onnoghen had earlier today announced a plan to swear in members of the various 2019 election petition tribunals on Saturday, January 26.

The CJN said this through his media assistant, Awassam Bassey, on Friday.

Mr Onnoghen also described as absolute falsehood, the media reports that he resigned his office, following current allegations against him.

In a statement sent to our correspondent by Mr Bassey on Friday, the CJN urged Nigerians to disregard the rumour and added that he was still performing his role as CJN.

“There’s absolutely no truth in the rumours making the round that the Hon. Chief Justice of Nigeria, His Lordship Hon. Mr Justice Walter Samuel Nkanu Onnoghen, GCON, has resigned his office. It is fake news!

“The Hon CJN was in the office all through yesterday (Thursday) and sat in court. As part of his duties, the Hon CJN will be swearing in members of the 2019 National Assembly, Governorship & State Assembly Election Petition Tribunals tomorrow (Saturday 26th January 2019),” the statement said.

Mr Onnoghen is facing trial over alleged false asset declaration brought against him by the Code of Conduct Bureau.

The case, currently ongoing at the CCT was adjourned till January 28.

But the Court of Appeal on Thursday ordered the tribunal to suspend sitting, pending the discharge of current applications before it.

The Court of Appeal will give its verdict on the matter on January 30.

The appeals were brought by Mr Onnoghen who wants his trial halted, citing lack of merit. 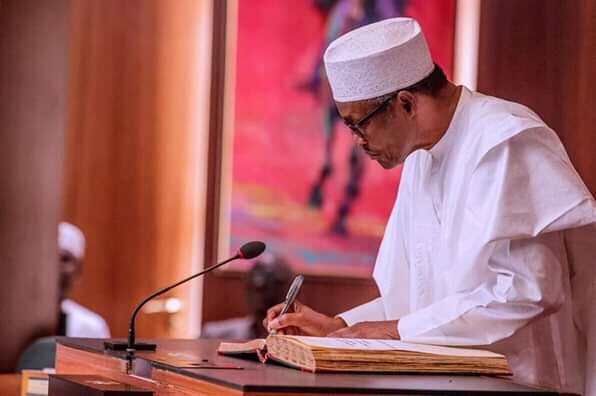 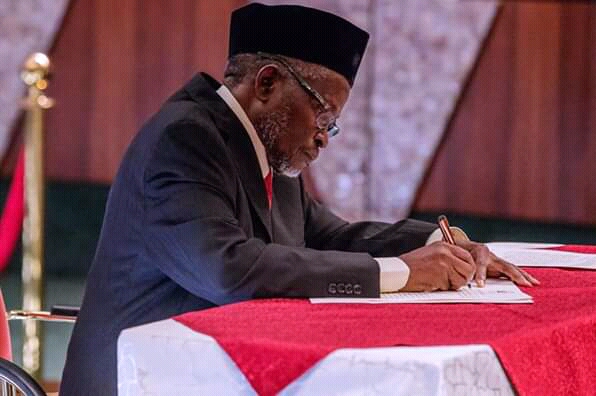 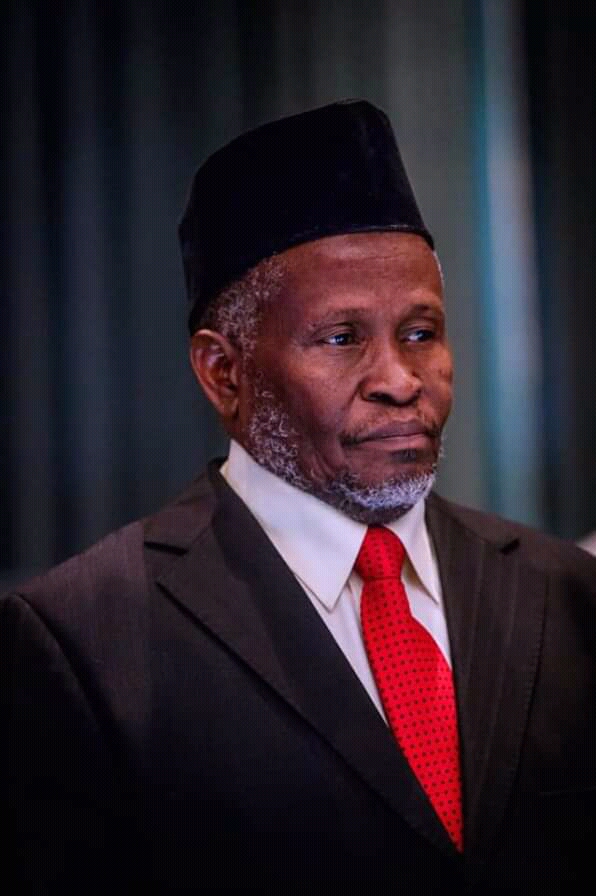