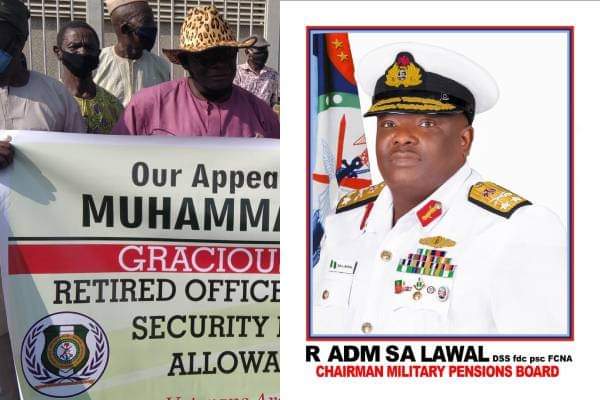 In a statement, the board said it began payment of the 25 percent increment in pension to eligible retired military personnel based on the minimum wage last week Friday and all payments have been concluded on Tuesday.

It added that all payments were made directly to the bank accounts of the retired personnel while the death benefits were paid to the next of kin of deceased ex- personnel.

This is the second phase of the payment of pension, gratuities and death benefits to eligible ex-servicemen and their next of kin, by the board following months of protest by military veterans.

The issue of Pensions payment to Military retirees by the Board of Military Pensions for years in Nigeria wi8th several Senior Military opfficers who have headed the board coming under scrutiny for the alleged failings in its operations.

The issue has become more prominent since the beginning of the War on Insurgency about 12 years ago following the armed rebellion launched by the Boko Haram Terror group and its attendant loss of lives and permanent disability by service personnel.

This payment is also an indication that the Federal Government through the Ministry of defence which supervises the Military Pensions Board is doing more to ensure that the story changes.

This is expected to address issues like the very starnge phenomeneon of Military Pensioners coming out to peotest non-payment of pensions and Other benefits they are entitled to following years of service in very difficult circumstances in service of Fatherland.

It will also help allay the fears of Next of Kin of those who have died in the Boko Haram/ISWAP/Ansarul insurgency and Other Secuirty operations across the Country.