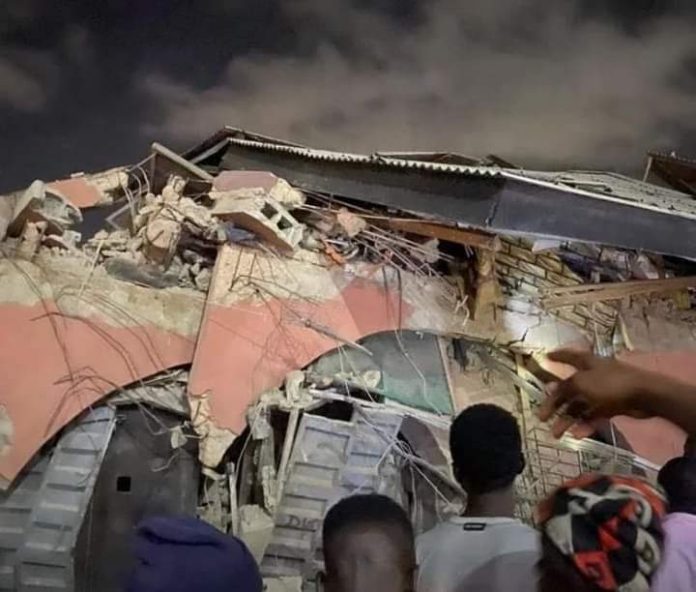 At least eight persons have been confirmed dead after a three-story building collapsed in the Ebutte Meta area of Lagos State.

The affected building, located at No. 38 Ibadan Street along Herbert Macaulay Way, came down on Sunday night.

The National Emergency Management Agency stated that 23 people have been rescued so far.

Those rescued so far include 23 males and one female, while 5 males and 3 females have been confirmed dead at the scene.

So far, 7 children and 17 adults rescued

Recounting Sunday’s tragedy, witnesses said dozens were trapped in the rubble after the building went down at about 10:56pm.

The latest incident is the second building collapse to be recorded in the Yaba-Ebutte Meta axis of the state in almost three months.

Another three-story building collapsed in the Onike area of Yaba on February 13, resulting in several casualties after the developer of the project reportedly returned to the site despite a stop-work order on the structure.