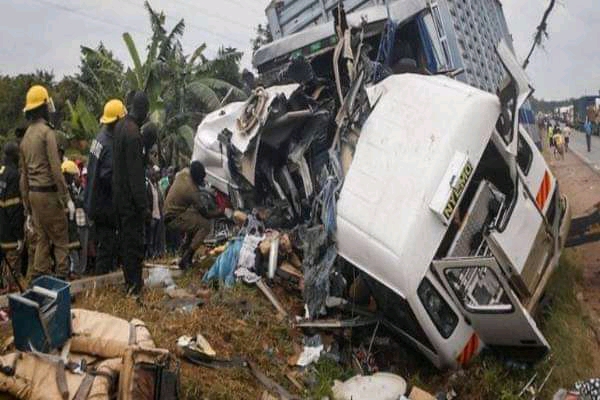 A passenger bus crashed into a tea estate off a highway in western Uganda, killing 20 passengers, according to Ugandan authorities.

At least seven of the victims in the Wednesday morning tragedy are youngsters, according to police.

There was no immediate information on what caused the accident, which was one of the deadliest in Uganda in recent years.

The bus, it was reported was traveling from the city of Fort Portal to the Ugandan capital, Kampala.

Fatal car accidents are common in Uganda, where roads and highways are narrow and typically riddled with potholes. Head-on collisions between heavy vehicles occur often.

My husband attempted to strangle me, maltreats me – Wife seeks...