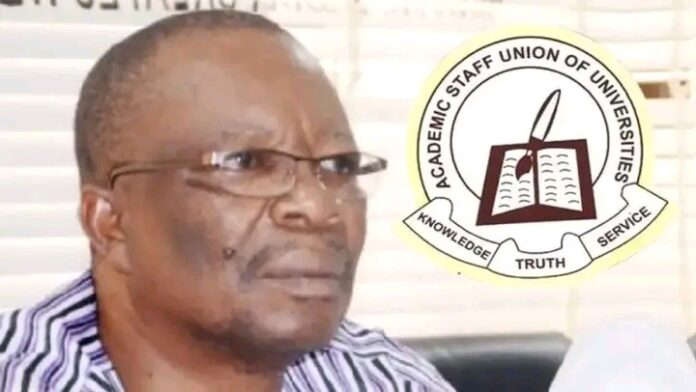 The Academic Staff Union of Universities, ASUU, has filed an appeal against the order of the National Industrial court that directed striking lecturers to return to class.

Recall that the Industrial court had on Wednesday ordered the union to call off its seven moths old strike pending the determination of the substantive suit.

The Federal Government had, in an interlocutory motion filed by its counsel, James Igwe, asked that the university lecturers be compelled by the court to go back to work pending the resolution of their demands for better working conditions.

Ruling on the interlocutory injunction, the trial Judge, Justice Polycarp Hamman, restrained ASUU from continuing with the industrial action pending the determination of the suit filed against ASUU by the Federal Government.

The court invoked Section 18 of the Trade Dispute Act (TDA) and national interest of the Nigerian students to grant the request of the Federal Government for an order compelling ASUU to call off its seven months strike.

The Federal Government, in its submissions, contended that under Section 18(1)E of the TDA, employees could not continue a strike action when a matter is already referred to the industrial court for ad- judication and that there was need for the matter to be expeditiously determined to enable university students to return to school.

According to Igwe, the failure to call off the strike would cause irreparable damage to both the university students and the nation.