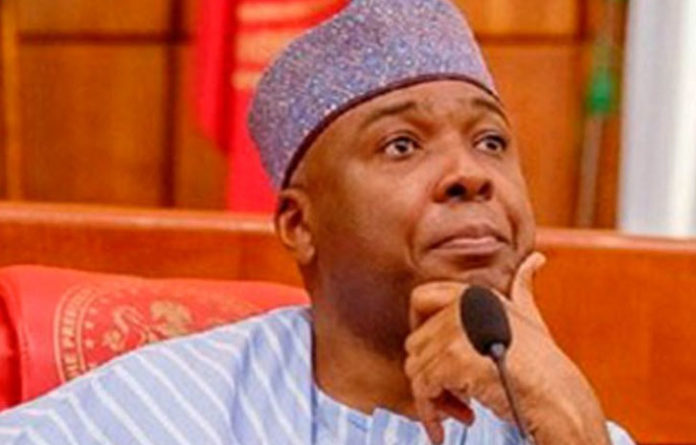 The Nigeria Police Force has said that the allegation by the Senate President, Bukola Saraki, that his life was in danger is false and an unwarranted attack on the Inspector General of Police, Idris Abubakar.

Recall that Saraki had alleged that the security agencies in Kwara were allegedly giving cover to some persons, who are unleashing violence on his supporters.

He noted that, “this latest round of violence is part of efforts to jeopardise and undermine my personal security and that of my immediate and larger family.”

But the Force, responding through a press release by its PRO, Jimoh Moshood, said that all the police personnel attached to Senate President and his office and family were intact and all the statutory security protection on him were also accorded him all the time and that there was no complaint from the Senate President before now to the police on this.

The release read in part: “The Nigeria Police Force wishes to categorically state that all the allegations in the statement of the Senate President are incorrect, misleading and false and should be disregarded and discountenanced by the general Public.

“The Force sees this unprovoked and unwarranted attack on person of Inspector General of Police by the Senate President as criminal defamation, hate speech and insulting.”