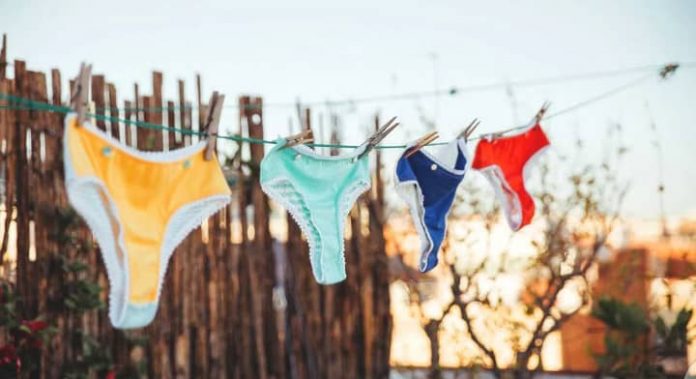 A healthy vagina smells like a lot of different things — flowers isn’t one of them.

Yeah, we’ve seen those scented tampons ads too. And it seems to us like all that flowery sunshine is another example of the world getting vaginas all wrong.

Just take a quick trip to your local drugstore. You’ll find a wall full of products promising to mask the natural way your vagina smells. Like douching. Widely acknowledged by the medical community as harmful to the natural balance of vaginal flora, this common tool that cleans the vagina might actually cause bacterial vaginosis instead.

Last year, the internet even suggested using Vicks VapoRub as a DIY treatment for vaginal scents.

The truth is, your vagina is home to billions of bacteria. And the precise makeup of this bacteria changes on a daily — sometimes hourly — basis.

Change is normal. These smell variations are likely a result of your menstrual cycle, your hygiene habits, or just you being you.

Plus, considering the groin contains a collection of sweat glands, is it really a wonder that your vagina isn’t odorless?

We called up Dr. Mary Jane Minkin, who has over 30 years of experience working in women’s health. She helped us get down to specifics with all the medical accuracy but less of the medical jargon.

Here is your medically accurate guide to vaginal odors.

1. Tangy or fermented
It’s very common for vaginas to produce a tangy or sour aroma. Some compare it to the smell of fermented foods. In fact, yogurt, sourdough bread, and even some sour beer contain the same type of good bacteria that dominate most healthy vaginas: Lactobacilli.

If it smells curiously similar to that sour IPA you had last weekend, don’t freak out.

Reasons for a tangy odor
Acidity. The pH of a healthy vagina is slightly acidic, between 3.8 and 4.5. “The Lactobacilli bacteria keep the vagina acidic,” says Minkin. “This protects against an overgrowth of the bad kinds of bacteria.”

2. Coppery like a penny
Many people report smelling a coppery, metallic vaginal odor. This is usually nothing to worry about. Rarely, it signifies a more serious problem.

Reasons for a coppery odor
Blood. Blood contains iron, which has a metallic smell. The most common reason for blood is menstruation. During your period, blood and tissue shed from your uterine lining and travel through your vaginal canal.

Sex. Light bleeding after sex can be common. This is usually due to vaginal dryness or vigorous sex that can cause small cuts or scrapes. To prevent this, try using lube.

A coppery smell can also be due to less common, but serious, causes of vaginal bleeding. The metallic scent shouldn’t linger too long after your period is over. If your vagina has had contact with semen, this may change the pH level and cause a metallic smell.

If you’re experiencing bleeding unrelated to your period or the metallic smell continues with itching and discharge, it’s best to see a doctor.

3. Sweet like molasses
When we say sweet we don’t mean freshly baked cookies sweet. We mean robust and earthy. But don’t fret, a sweetish tinge is no cause for concern.

Reasons for a sweet odor
Bacteria. Yep, bacteria again. Your vaginal pH is an ever-changing bacterial ecosystem. And sometimes this means you might smell a little sweet.

4. Chemical like a newly cleaned bathroom
An odor similar to bleach or ammonia could be a couple different things. Sometimes, this odor is reason to see a doctor.

Reasons for a chemical odor
Urine. Urine contains a byproduct of ammonia called urea. A buildup of urine in your underwear or around your vulva could put off a chemical smell. Keep in mind, urine smelling strongly of ammonia is a sign of dehydration.

5. Skunky like BO or a smoked herbal, earthy scent

No, it’s not just you. Many people find a similarity between body odor and marijuana. Sadly, there isn’t a good scientific answer for this, although Vice did take a stab at it. But thanks to the sweat glands down there, at least we do know why vaginas and body odor can smell so similar.

Reasons for a skunky odor
Emotional stress. Your body contains two types of sweat glands, apocrine and eccrine. The eccrine glands produce sweat to cool your body down and the apocrine glands respond to your emotions. These apocrine glands populate your armpits and, you guessed it, your groin.

When you are stressed or anxious, the apocrine glands produce a milky fluid. On its own this fluid is odorless. But when this fluid contacts the abundance of vaginal bacteria on your vulva, it can produce a pungent aroma.

6. Fishy or that fillet you forgot about
You’ve probably heard an abnormal vaginal odor described as fishy. In fact, fresh fish shouldn’t smell like much at all.

Decomposing fish is the more apt comparison. Why? Trimethylamine, which is the chemical compound responsible for both the distinct aroma of rotting fish and some abnormal vaginal odors.

Trichomoniasis. Trichomoniasis is the most common curable sexually transmitted infection and easily treatable with a course of antibiotics. It’s known for its pungent fishy odor. “The trichomoniasis infection can be quite smelly,” says Minkin. “It’s a more pronounced fishy odor than bacterial vaginosis.”

In rare cases, a fishy smell is indication of a more serious condition.

7. Rotten like a decaying organism
A rotten odor that makes your nose wince and your face contort is definitely not the norm. If the smell is putrid, like a dead organism, it may not be your vagina but something in your vagina.

Reasons for a rotten odor
A forgotten tampon. Inadvertently letting a tampon go days, even weeks, inside a vagina is much more common than you’d think. “I can’t tell you how many tampons I’ve taken out of patients,” says Minkin.

“This happens to lots and lots of people. It isn’t something you need to be embarrassed about.”

Fortunately, Minkin says it’s perfectly safe to remove a forgotten tampon on your own.

When you should see a doctor
In general, abnormal odors should be easy to spot. They’re the ones that make your face scrunch up. Rotting fish, dead organism, decay — these are all red flag odors.

If there’s a serious cause, often other symptoms will appear alongside the smell.

See your doctor if an odor is accompanied with:
itching or burning
pain
pain during sex
thick, cottage cheese discharge
vaginal bleeding unrelated to your period

Smells change, and that’s OK
Subtle shifts in your vaginal fragrance is normal. Remember, the way your vagina smells has everything to do with its pH. And there are lots of things that affect your pH.

Take penile vaginal sex, for instance. Semen has a relatively high pH, so it’s super normal to notice a different kind of smell after you’ve had penile vaginal sex. Don’t worry though, this change is only temporary.

Menopause also has an effect on vaginal pH. “Due to a lack of estrogen, women in menopause end up with less vaginal mucosa,” says Minkin. “Vaginal mucosa lines the vagina and nurtures the Lactobacilli bacteria. So, without these cells you can end up with a much higher pH.”

Our advice? Don’t be afraid to really get to know your vagina, in all its fragrant glory. The better you understand the smells your vagina produces day to day, the more prepared you’ll be when something goes amiss. After all, vaginas do so many wonderful things for us. It’s about time we start understanding what they’re really all about.

Gov Bello flags off the distribution of 3.7m insecticide-treated nets

We Are Committed To Efficient Healthcare Delivery – Gov. Abiodun