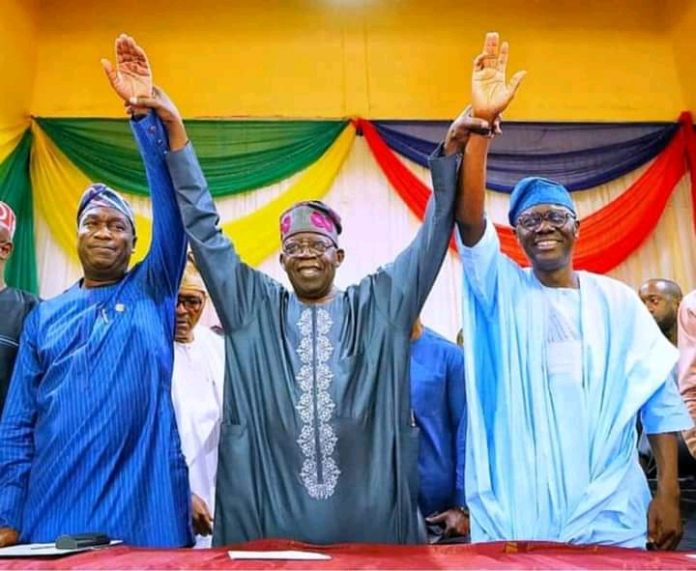 The Presidential Aspirant and National Leader of All Progressive Congress (APC), Asiwaju Bola Tinubu has officially endorsed Governor Babajide Sanwo-Olu and his Deputy, Obafemi Hamzat, for another term in office.

The decision was taken after an APC Stakeholders meeting held at the Lagos House in Ikeja.

There had been rumours over the last few days of an alleged plan by the Leadership of the APC in the State to deny the governor and his deputy another shot at leading Lagos State like his predecessor, Akinwunmi Ambode.

A retired Former Permanent Secretary in the Lagos State Civil Service, Hamed Mustapha, was rumoured to be the anointed candidate of the party Leadership not minding his initial endorsement by the highest decision making body in the State APC, Governance Advisory Council, GAC.

Two Senators defect to Labour and NNPP at plenary

PDP mobilises members ahead of 2022 election in Ekiti