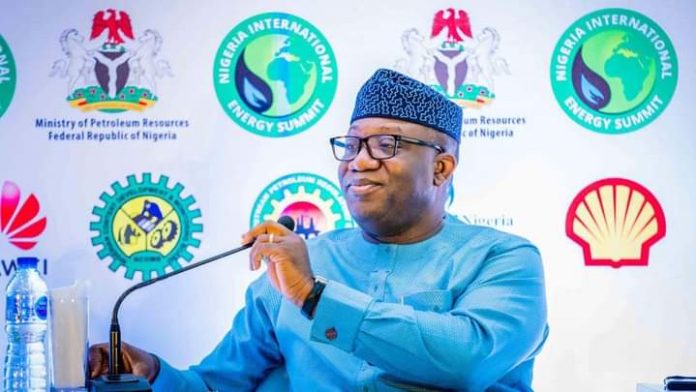 Ekiti State Governor, Kayode Fayemi, has joined the 2023 presidential race on the platform of the ruling All Progressives Congress (APC).

Governor Fayemi promised to adopt a wholistic approach in fighting insecurity, provide jobs for the teeming youth, broad reforms through diversification and productivity, and expansion of revenue mobilisation.

He said:”The die is now cast. I embark on this journey with a determination to play my part to the end.”

Fayemi also promised to tackle the national question by embarking on restructuring.

Wholistic approach will be embraced and institutionalised so that government and its services are brought closer to the people.

In his view, decentralisation will enhance unity and stability.

Describing himself as a symbol of hope, he said Nigeria has an opportunity to make choices that will foster peace, unity and national prosperity.

Two documentaries were viewed by dignitaries focusing on his profile as a journalist, pro-democracy crusader, politician, and administrator.

On the stage was an Ekiti Cultural Troupe, which thrilled the dignitaries with deep cultural and philosophical songs.

Fayemi urged Nigerians to shun debilitating pessimism and convert the current trying times into an opportunity for fundamental national reset and a major leap forward in national affairs.