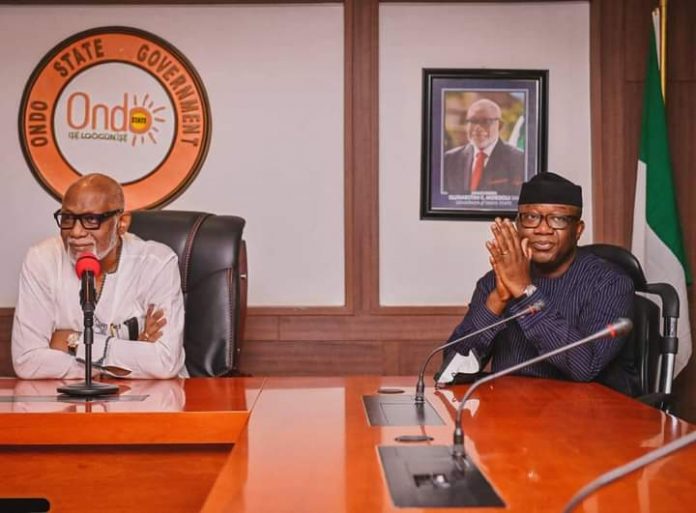 Dr. Fayemi was received by Governor Akeredolu at the Exco chambers of the Governor’s office.

Governor Fayemi said he was in the state for consultation ahead of the APC presidential primary election, stressing that the move is about making fundamental changes in the lives of the people.

Dr. Fayemi said he has the courage, knowledge, capacity, competence, experience and the Omoluabi virtues to drive the country in the right direction and bring the desired development in the country.

The NGF chair equally solicited the prayers and support of all for his ambition, saying the project is a collective one.

While saying that national cohesion is being challenged in the country, Governor Fayemi promised to engender national unity that everybody is yearning for.

Earlier, Governor Akeredolu welcomed the Ekiti State Governor to his office, describing his consultation visits to his brother Governors as commendable.

SANWO-OLU APPROVES THE APPOINTMENT OF AKOSILE AS CHIEF PRESS SECRETARY