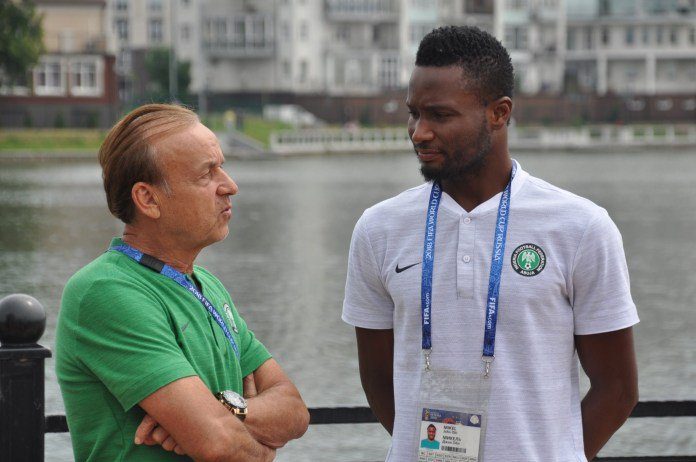 It was previously reported that Mikel Obi, Leon Balogun of Brighton, Hove Albion and Levante winger, Moses Simon, were among the early arrivals on Sunday, at Nigeria’s training camp for this month’s Africa Cup of Nations, AFCON.

Rohr said that Mikel Obi’s early arrival means that the former Chelsea star is very committed to do well and to lead the team to the 2019 AFCON in Egypt.

”Mikel has at all times been a professional and the fact that he arrived here early means that he is very committed to do well and to lead us,” Rohr was quoted by Allnigeriasoccer as saying.

”We expect 25 players here but some of them cannot come in today because they had games– like Ighalo came yesterday from China — Alex Iwobi is also being expected.

”So, the team will be complete in two days but already 18 players have arrived here in Asaba.

”Training will start immediately today to get our players ready.”

Mikel Obi, who last played for his country at last year’s World Cup in Russia, is currently without a club after Middlesbrough released him